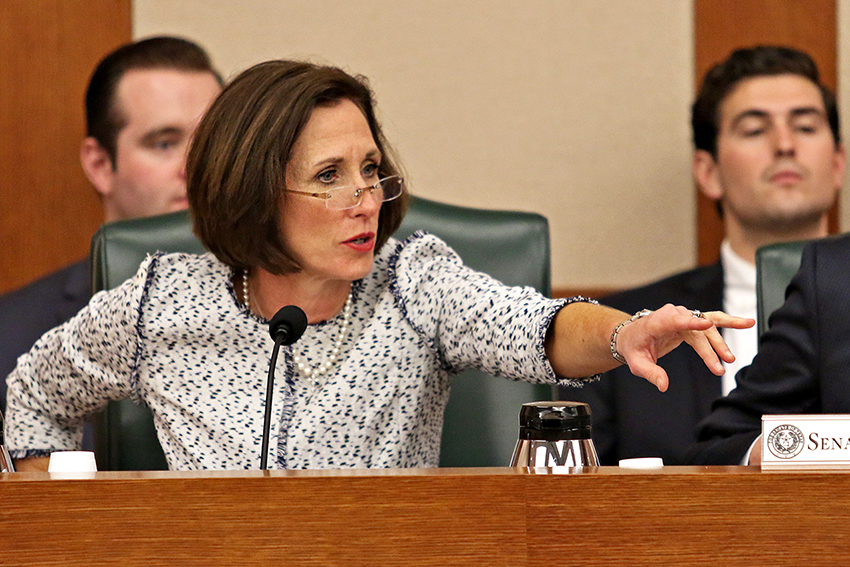 In a report released last week, the Texas House Select Committee on Economic Competitiveness condemned last session’s “bathroom bill,” saying it may hurt Austin’s bid to become Amazon’s second headquarters and may be dangerous to the future of the state’s economy.

Senate Bill 6 would have prohibited transgender individuals from using the bathrooms that align with their gender identity in public schools and other public accomodations.

Although it failed in last summer’s special session, the report said merely considering the bill had caused economic damage, citing $66 million worth of canceled convention business to Texas cities.

“When policymakers even contemplate ideas that put business viability at risk, it injects uncertainty in the economy,” the report said.

The report called for Texas state leaders to “acknowledge that such legislation should not have been pursued and publicly state that it will not be considered again.”

“Unless and until this public commitment is made, we will likely lose out to other states for not only bids like Amazon’s HQ2 and its $5 billion investment and 50,000 new jobs, but other business opportunities as well,” the report said.

Bradley Gold, a business, government and society lecturer, said while business executives’ political views will inevitably affect their business decisions, it is difficult to understand how exactly the bathroom bill would affect Amazon’s final verdict.

“Often times companies, especially companies of Amazon’s size, choose where they want to do business, and they choose to go where they think there is not just an economic fit, but an ideological fit,” Gold said. “For every political or ideological position the Texas Legislature takes that Amazon’s executives may like, there’s going to be something that they don’t like.”

Gold said while the bathroom bill was controversial and garnered national attention, it alone would not necessarily put Austin out of the running.

“In most big states there’s going to be a mixed bag and (Amazon’s executives) will have to weigh out what they think is going to be the best choice,” Gold said. “Every city on Amazon’s shortlist wrestles with some kind of economic or social issue, and Austin and the state of Texas are clearly no different.”

Despite its high-profile past, the bathroom bill flew relatively under the radar during the 2018 Texas primary elections. However, Jim Henson, director of UT’s Texas Politics Project, said it is too soon to tell if the bill will resurface in the next legislative session.

“The committee was assembled by people who were opposed to the bathroom bill during the last session, and so the report is part of the ongoing politics around this issue,” Henson said. “While I think the committee took testimony from reasonable people and they make strong arguments, I wouldn’t consider the committee report as either uninterested or the final word on the issue.”

Gold said he believes Austin stands a good chance of being selected for Amazon’s HQ2.

“We have a lot to offer Amazon,” Gold said. “We’ve got the best people in the country, we have one of the most intelligent and capable work forces in the world and (Austin) is a beautiful city with a relatively low cost of living. A company really couldn’t ask for much more than that.”