Stop getting your news from social media 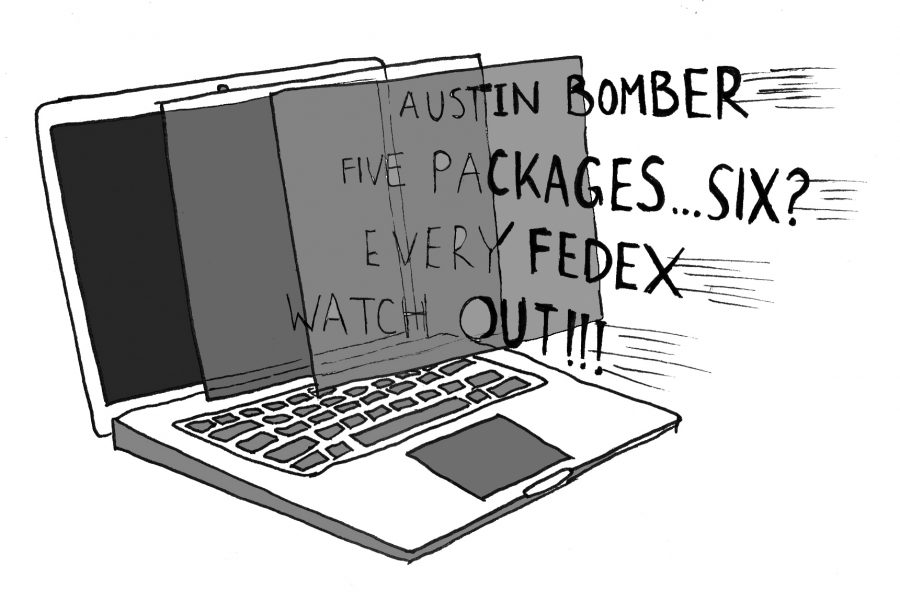 Don’t believe everything you read on social media. And no, I’m not just talking about #FakeNews.

Sitting in class last Tuesday, I anxiously refreshed my Twitter timeline as the bombing incidents ravaged Austin. A package bomb had already gone off at a San Antonio-area FedEx facility overnight, and authorities were investigating another suspicious package near the Austin airport. Congressman Lloyd Doggett confirmed it was another unexploded bomb by that afternoon.

Later that evening, yet another bomb detonated at a Goodwill store in southwest Austin — or so I thought. Roberto Villalpando, an Austin American-Statesman editor, tweeted that a “bomb went off” at the Goodwill store behind his home. I was certain this was another bomb, and I was eager to spread new information about a breaking story. I retweeted that tweet along with 5,000 other Austinites and Twitter users.

When Austin police later clarified the last “bomb” was actually an “incendiary device” and unrelated to the previous bombings, I was at first incredulous — how could they not be related? And then I watched Texas Attorney General Ken Paxton get on Fox News and assure viewers that this explosion was the work of the same bomber.

My timeline lit up as Austinites and Americans expressed confusion and skepticism regarding these competing accounts. In the meantime, I wasn’t panicking, but I wasn’t sure who to believe anymore. From Villalpando to Austin police to Paxton and the national media, it felt like the whole system was breaking down.

But had I laid off the social media and cable news for just a few hours, I would have learned the real story.

The alleged “bomb” was actually an antique artillery simulator — a device that mimics the sound of a shell and that is used for military training — probably donated by someone who didn’t know how to properly dispose of it. The whole scare was just exceptionally poor timing. Villalpando posted a clarifying tweet, and Paxton’s office walked back his comments.

Since 2016, we’ve all been told to watch for “fake news” that spreads like wildfire over social media. I thought I knew better — I abstained from Reddit and Infowars and looked for credible sources, such as local news and the attorney general. But in any developing story, it takes time for journalists and investigators to assemble the facts. And sometimes, despite their best intentions, they make mistakes.

Misinformation and speculation flows faster than ever in the age of social media, but the good news is that the media distributes corrections and follow-ups just as quickly — the consensus emerged the very next morning after the Goodwill accident. So the next time a breaking story rolls around, consider unplugging. Slow down and wait for the long-form summaries. Developing stories aren’t fake news, but they are works in progress.

Young is a computer science senior from Bakersfield, California. He is a senior columnist. Follow him on Twitter @ryanayng.