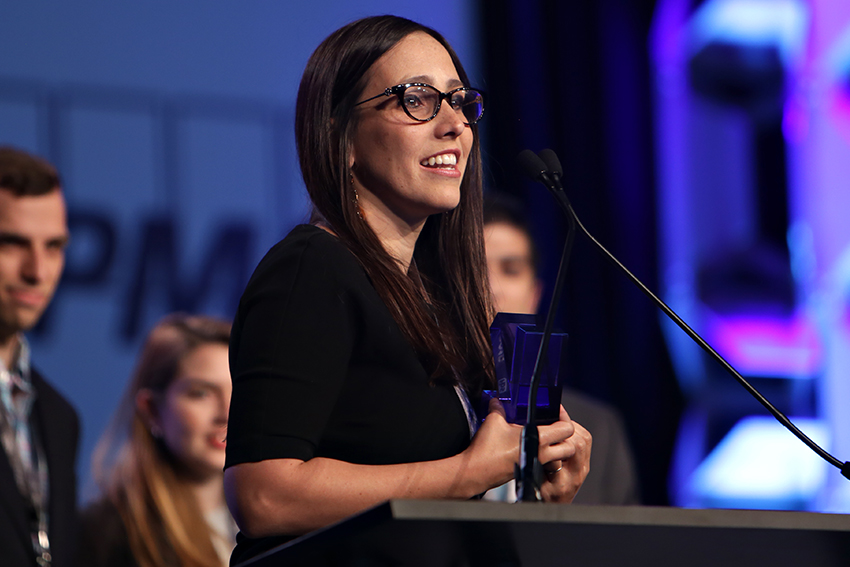 The MasSpec Pen has already earned its fair share of recognition: It won the Livestrong Cancer Institute’s award for Best Translational Potential, placed first in UT’s Idea to Product competition and won a Dell Med Texas Health Catalyst award in 2017. It was even featured in an episode of “Grey’s Anatomy” in February. However, winning this SXSW award was especially unique for the team.

“It was just really cool to see that something that we started here, at UT-Austin, was receiving such high recognition at a local event,” Eberlin said. “There were so many people from Austin (in the general audience), so I think it was really exciting for the community to see that a local institution is developing something that’s so exciting and applicable to human health.”

This year, it beat out technology that included the EksoVest, an exoskeleton vest that assists workers by elevating and supporting their arms for tasks above chest height, and information technology consulting company Booz Allen Hamilton’s “Turning Machine Intelligence Against Lung Cancer,” the theme of the company’s 2017 Data Science Bowl.

“There’s amazing work being done all over the country, and it was very encouraging that our technology was able to final (in the competition),” said Marta Sans, a member of the MasSpec team.

Winning the award was a great source of validation, said Noah Giese, a research engineering scientist and assistant in the Eberlin lab.

“At the awards ceremony, we were really able to see how many people outside the scientific community were so supportive of the research,” Giese said.

The team is far from done: They’re still working hard to be recognized not just nationally, but globally.

“We’re not at that stage yet, but we’re working towards it,” Giese said. “Just because we’re doing this at a university doesn’t mean it’s restricted to that. It’s something that can be translated into the global scale. I think a lot of people realize that now.”

According to Eberlin, the pen was the result of a desire for an elegant and simple solution that would enable doctors to use mass spectrometry and molecular analysis in a surgical environment. Winning this award has shown the team that it is appealing to the general public and something that can help the entire community.

“As a scientist, everyone’s goal is to build something that is beneficial to society and, for me, to be able to contribute is really amazing,” Sans said. “And everyday, we’re building something that’s really making a difference.”