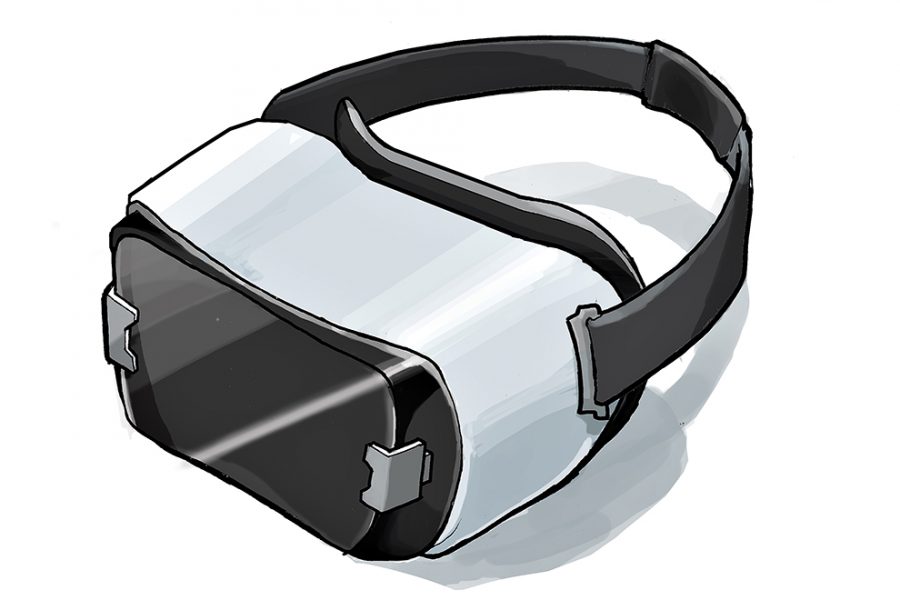 Virtual reality can teach lessons and serve as an immersive video game platform, but it can also have another purpose: raising awareness about social justice issues, such as human trafficking.

The Future of Technology Lounge at SXSW, hosted by Capital Factory, showcased the cutting-edge technology of Austin startups, from VR to rovers. The nonprofit Radical Empathy Education Foundation, founded by Austin video game designer Billy Joe Cain, sought to educate users on human trafficking with an interactive narrative story called “TRAPPED: A VR Detective Story.” This is an issue that researchers in the Steve Hicks School of Social Work have been investigating for several years with the Statewide Human Trafficking Mapping Project for Texas, an ongoing research project to provide data about the extent of human trafficking in Texas.

“In the first phase, we looked at secondary data,” Torres said. “We were looking at other people’s data and numbers and cases, and that was difficult because what we found was that there wasn’t any uniform understanding of human trafficking.”

Both Cain and Torres hope to change this. “TRAPPED” incorporates the Polaris Project’s “Recognize the Signs” campaign, which aims to inform people of potential red flags and indicators of human trafficking in order to identify victims and direct them to resources.

“When you go through and have this role-playing experience, you walk away with a much more empathetic look at what it’s like to be trafficked, as well as having heard those signs of being trafficked from a whole different perspective,” Cain said. “It’s really just trying to put someone in the mindset of (a human trafficking victim) so you can (better understand) the signs.”

Cain said he believes VR has the capacity to increase retention and empathy. Based on a real trafficking case, “TRAPPED” puts the player in the shoes of a human trafficking victim named Lisa as she shares how she got pulled into trafficking. The experiential learning could result in more effective training on awareness than what is currently in place, Cain said.

“Virtual reality engages other learning modalities,” he said. “As I understand it, a learning modality is a sense. VR covers your eyesight completely, so your brain is absorbing the world as if it were real. And you wear headphones, so you’re completely sonically engaged.”

Although the outcomes of “TRAPPED” and the Mapping Project both center around increasing awareness in a systematic way and responding to the stories of survivors, Torres said she has reservations about how human trafficking is portrayed in media.

“Without having seen the exhibit, my concern is that a lot of times, when people are pulling for the emotional factor of trafficking, they’re looking at situations that aren’t the norm or (that) aren’t prevalent,” Torres said. “Media definitely plays a role in the issue (of human trafficking). It can give accurate (portrayals), or (it can give) sensationalized portrayals.”

But Kevin Choi, a visitor to the Future of Technology Lounge, said he feels VR helped him connect to the experience of human trafficking.

“I did have some preconceived notions about how (VR) might feel fake,” Choi said. “It’s actually pretty immersive, especially because you can hear the girl’s voice and her emotions. It’s also important for me that I could feel the atmosphere, that it was in this 3-D world, as opposed to just reading it. Overall, I think it was much more powerful.”