A look back for Alejandrina, Micky as the 111th Student Government Assembly draws to a close 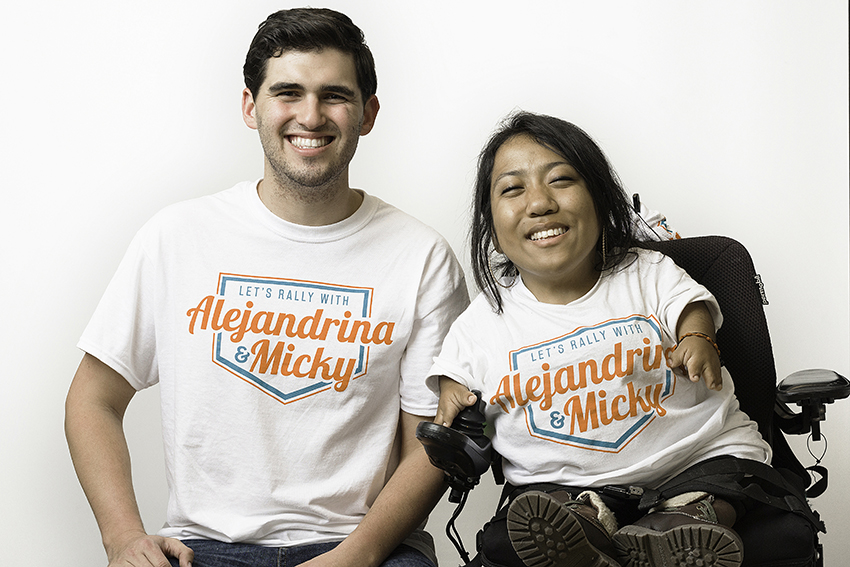 As the administration of the 111th Student Government Assembly draws to a close, Student Body President Alejandrina Guzman and Vice President Micky Wolf reflected on what they accomplished and what they are passing on to the next administration.

The team says they have championed students in the form of initiatives and legislation, but ultimately, they hope to pass on an emphasis on advocacy for and by students.

“Really these roles are about showing up every day and being prepared to advocate on behalf of students,” said Wolf, a Plan II and business honors senior.

The Guzman-Wolf team will be stepping down next Tuesday when president-elect Colton Becker, a nutrition senior, and vice president-elect Mehraz Rahman, a marketing and Plan II junior, take office.

Representing 51,000 students is a thankless job, and a lot goes into it that students do not see, Guzman said.

“You’re really dedicating everything you have to give to the students,” said Guzman, government and Mexican-American studies senior. “It’s worthwhile, but it’s so difficult …. People forget that you’re human, and you’re a student.”

Their term was hectic from the beginning with several controversies and crimes occurring on campus week after week, Guzman said.

“Some things pop up out of nowhere, and you have to react,” Guzman said. “When we first began our term … it was racist fliers, the vandalism and graffiti at Greek houses and then there was the May 1 (tragedy) where a student was murdered on campus.”

Reacting quickly while absorbing a variety of student opinions is key to succeeding, Wolf said.

“Being able to act in those moments and be in the public eye but also taking in a lot of perspectives and act in a relatively quick manner is integral to what you’re doing in the job,” Wolf said.

Their list of goals included empowering students and getting them involved in bettering their student experience, which Wolf said the alliance actively worked on.

“It’s advocating for students in spaces where they can’t always access (support), improving the student experience at the University and empowering students to better improve their experiences themselves,” Wolf said.

The executive alliance spearheaded student volunteering initiatives, such as Passion with a Purpose, and celebrations of student groups such as the First Generation College Celebration, Wolf said.

As their term progressed, they let students lead projects by connecting student advocates with administrators who could help them achieve their goals, Guzman said.

“SG is in so many circles that students don’t typically have access to,” Guzman said. “We were able to begin the conversation with students … and bring those students to President Fenves and connect those issues to faces. That’s how powerful the voice of Student Government and student voices (are) when you connect these bridges.”

As they look to the future, Guzman said she hopes to work in public policy, and Wolf said he wants to work in social organizations through social entrepreneurship. While they are proud of the work they did, there is always more to be done, Guzman said.

Guzman said students should remember SG is an avenue of change that is theirs for the taking.

“It’s theirs just as much as the next person’s,” Guzman said. “Keep demanding. Keep pressuring. Keep being the activist or advocate or student leader that you are. People are listening.”