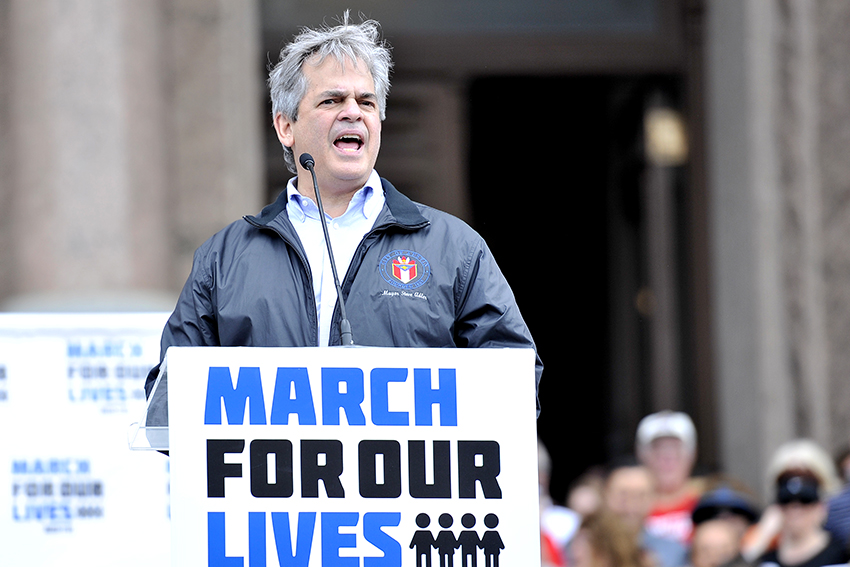 Starting in April, the city of Austin will provide $135,000 for immigrant legal services in the area.

Last Thursday, the City Council approved a year-long contract with American Gateways, a nonprofit that provides affordable legal counsel and representation to immigrants and refugees.

“This is something the city chose to do because they take this issue seriously,” Painter said. “They want to do what they can to protect the local immigrant community and make sure they have access to representation.”

Often nonprofits have to make “tough calls” with who they represent because of a finite amount of resources and limited capacity, Painter said.

He said the funding from City Council will provide a boost not only for existing programs and services, but also by helping the agency follow a “universal representation” model. Under this policy, the agency tries not to screen for how likely an individual case will be successful in court. Rather, Painter said they try to take the case as it is and see what can be done.

“We wanted to change that model and make sure everybody who would not otherwise be able to access representation would be able to (do so) irrespective of the merits of the case,” Painter said.

In 2017, Painter said American Gateways closed 1,100 cases and opened nearly as many more.

Jason Stanford, communications director for Austin Mayor Steve Adler, said safety was the number one priority for the city.

“The mayor thinks everyone in Austin should be safe no matter where they come from, and sometimes being safe requires knowing what your rights are,” Stanford said. “This is a way that City Council thought would be helpful to let these Austinites have access to legal representation.”

Stanford pointed to the Austin Shelter for Women and Children, which he said experienced a large decrease in the number of Hispanic women reporting rapes to the police after recent Immigration and Customs Enforcement raids.

“Not reporting crimes … makes an entire population more vulnerable,” Stanford said. “When the immigrant population has access to legal help, that makes us a safer city.”

“In a time of so much uncertainty and so much fear, legal representation is so crucial to a community that already feels so undermined,” Rojas said. “There are people who feel so helpless and scared of the future …. It’s great that Austin is pushing for accessibility of (legal representation).”

Karman said the name of the other competitor and details on the strengths and weaknesses of American Gateway’s proposal will not be released until the beginning of April, when the contract will go into effect.

The contract also stipulates extension options that could potentially see funding total more than $300,000 over a five year period.