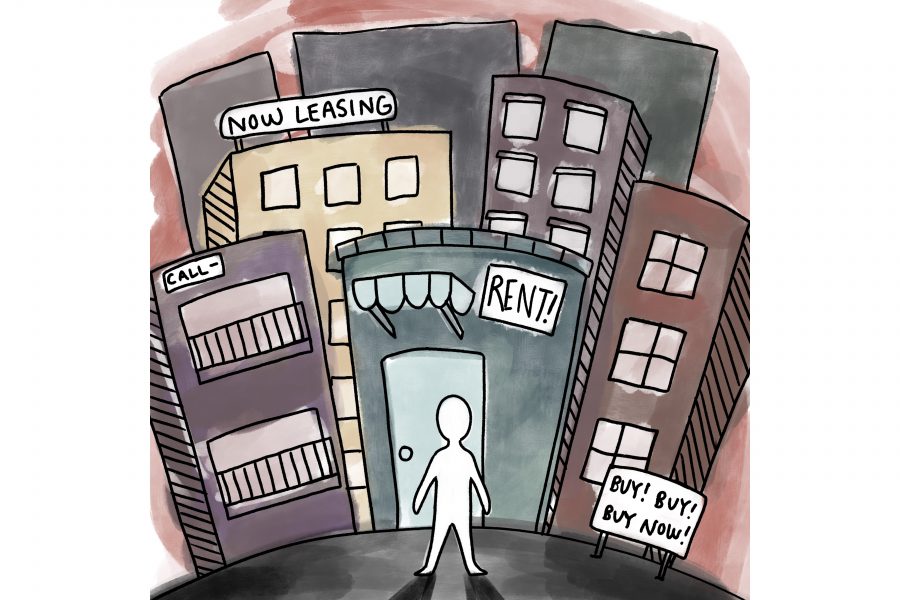 Ayleen Arteaga always dreamed of transferring to UT, but the cost of living in Austin made that an impossible reality.

“When it came down to it, UT and Austin were too expensive,” said Arteaga, a biomedical engineering sophomore at UT-Arlington.

She said scholarships cover the entirety of her tuition at Arlington, and low rent prices will allow her to graduate debt-free, something that would never have been possible in Austin.

Geography sophomore Samid Mirza said this was a common occurrence among his peers before he transferred.

“Everyone wants to come to Austin,” Mirza said. “I know a lot of people who dropped out of the CAP program because they know the cost of living in Austin is going to be so expensive.”

According to the United States Census Bureau, the Austin metro area has the highest cost of living index of any city in Texas. The median rent between 2012 and 2016 in Austin was $1,106 a month, compared to the statewide average of $949, also according to the Census Bureau. High prices and limited housing options hit transfer students particularly hard because of their often precarious financial positions and late notifications of acceptance into UT.

Jeffrey Mayo, senior program coordinator for the First-Year Experience Office, said transfer students are 50 percent more likely to report a household income below $40,000 and this financial strain shows itself most in students’ ability to find housing.

“In June and July, it feels like three out of four posts are about housing and how to find affordable housing,” Mayo said of the transfer student Facebook page.

Mayo said most transfer students do not find out they have been admitted to UT until the summer before they begin classes. This is long after applications are due for on-campus housing, and many apartments fill their occupancy as early as the previous fall.

“My first year at the dorm I stayed in was a really nice, almost brand-new dorm for $450 a month,” Erlich said of his dorm in Arlington. “You could never find anything like that here.”

Brian Rider, a law professor and real estate specialist, said rents in Austin are only going to increase.

“There’s been a greater surge of demand because we have a significant build-up of new people,” Rider said.

He said although new complexes are constantly under construction, the process can take up to three years, meaning developers will never catch up to the influx of residents.

Ardian Shaholli, sociology and government junior, said although he was happy with his decision to transfer, he wishes the school did more to help ease the burden on transfer students, such as the expansion of scholarships and need-based aid.

“There are certain scholarships that are available to the average UT student, that aren’t available for transfer students,” Shaholli said. “It makes us feel like we’re just extras.”