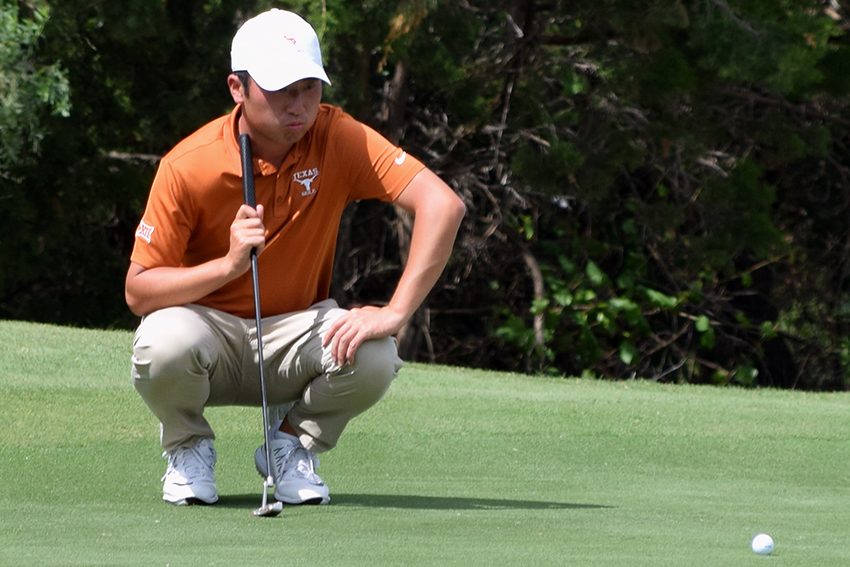 The Masters is widely considered the most famous golf tournament in the world.

It has captivated audiences since 1934 and is truly the mountaintop of the golf world for players and fans alike.

Next week, Texas senior Doug Ghim will make his first appearance in the Masters. Ghim earned his way into the tournament by finishing as the runner-up at the U.S. Amateur last August.

“I’m excited. I’m really looking forward to the opportunity to test my game against the best players in the world at arguably the coolest golf course in the world,” Ghim said. “I’m humbled. I’m nervous, but it’s a good kind of nerves, and words can’t describe the feeling that I have just knowing my name will be called on that first tee sometime on Thursday.”

Ghim has been the Longhorns’ most consistent player and leader for the squad in his final collegiate season. He has a 69.9 scoring average through seven events. Fourteen of his 21 rounds this season have been under par, with ten coming in the 60s. Ghim has three top-10 finishes in addition to one victory. He’s only finished outside the top 18 once.

While Ghim’s exceptional play has carried him on his journey to the Masters, he attributed much of his success to his mother and father.

“People say it’s my journey, but it’s really our journey,” Ghim said. “From day one, my parents have been there with me.”

To honor Ghim’s admiration for his parents and their relationship, he plans to have them both suit up and caddie for him during the Par 3 Contest at Augusta National the day before the tournament begins.

Ghim’s father will also be his caddie throughout the entire tournament. His father has constantly been a motivator for him, acting as his coach from a young age.

“He’s coached me my whole life,” Ghim said. “I guess now with the help of (Texas head coach John Fields) and (Texas assistant coach Jean-Paul Hebert) — they’re my other coaches — but when it comes to knowing me, no one knows myself like my father.”

While everyone competing in the Masters wants to win, Ghim knows that an experience of this magnitude should be appreciated and taken one step at a time.

“Obviously winning is the objective,” Ghim said. “I know all 86 or so players in the field feel the same way. They want to go and win. But on a golf course like Augusta National, in a field like the Masters has, there’s so much golf, there’s so many guys who can win and there’s so many things that can happen.

“So to have that as your goal as you step to the first tee on Thursday might not be the best. You want to take it little goal at a time because there’s going to be so many distractions.”

Ghim has proved his talents in the college ranks and will now seek success on a larger scale, battling for the coveted title of either Masters champion or Low Amateur. While the Masters may be Ghim’s first time playing on a stage this large, he is not shy about showing confidence in his game.

“What hole fits your game?” a reporter asked Ghim on Tuesday.

In preparation for the event, Ghim plans to play a practice round at Augusta National with former Longhorn and 2015 Masters champion Jordan Spieth.

Spieth and Ben Crenshaw (1984 and 1995) are the only Longhorns to have won the Masters.