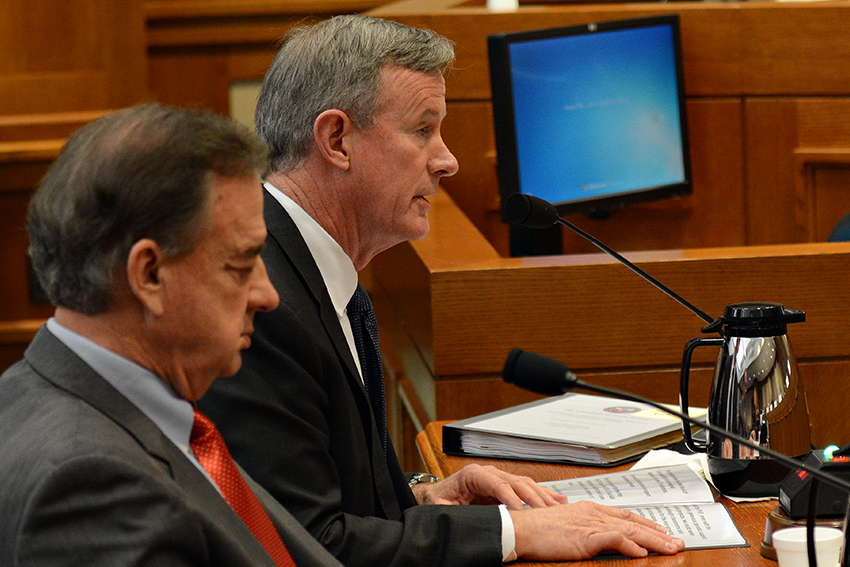 A committee of 10 state senators and representatives is drafting a report recommending changes in how the state delivers funds to public universities, such as UT. The bipartisan committee is expected to release the report by April.

Formula funding refers to appropriations that the state distributes after using a formula factoring how many students a university has and the students’ fields of study. Through special items funding, the Legislature also funds special projects such as UT’s McDonald Observatory.

Sen. Juan “Chuy” Hinojosa, D-McAllen, serves on the committee and said it is particularly focused on reviewing special items funding, which was almost eliminated by the state Senate during last year’s session.

“What happens is colleges become dependent on special items funding,” Hinojosa said, echoing concerns that this secondary form of funding has become overused.

However, Hinojosa said if special item funding is cut, universities could lose a large portion of their budgets.

After the Texas House of Representatives set aside money for special items last session, UT received roughly $20 million for 14 special items for the 2017-18 fiscal year. But Raymund Paredes, the state’s commissioner of higher education, said the increased number of special items may not be sustainable.

“Special items, they have just gotten out of control,” Paredes said. “Not necessarily in terms of money, but just in the accumulation of more and more programs that should be funded through the formula rather than special items category.”

Under this idea, the state would help programs cover startup costs until most programs become self-sufficient. But Howard said special items like the McDonald Observatory, which do not qualify for formula funding, should continue receiving state support, even if it is not through the special item category.

“They have significance and importance to the state,” Howard said. “So (we’re) looking at how to fund those on an ongoing basis rather than looking at them as being the traditional context of special items.”

The committee also hopes to improve formula funding through “outcomes-based funding,” which would also factor in universities’ student success. But Howard said lawmakers are still divided on whether to keep the current formula-funding model.

“No one, I think, questions the value of looking at some kind of incentive funding that is based on achieving certain metrics,” Howard said. “The concern is whether this should be funding on top of formula funding that already exists.”

Whether lawmakers can successfully turn the April proposal’s recommendations into a reality in the next session will depend on the midterm elections in November.

“We really don’t know what the next session is going to be like at this point because we’re going through elections,” Howard said. “All of that is going to have an impact on the agenda of the session and how things shake out.”