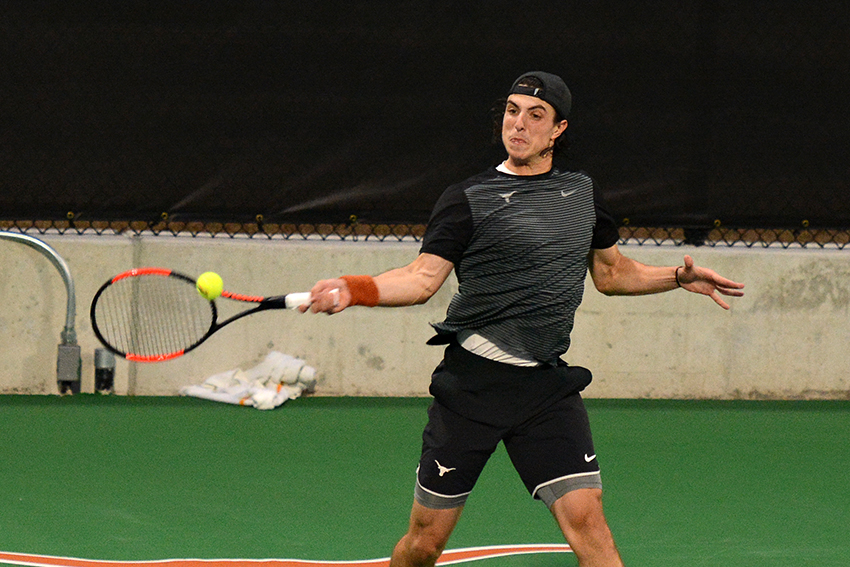 The men’s tennis team is sure to have a hard-fought match ahead of it when it takes on Tulane on Thursday at 6 p.m. at the Texas Tennis Center. The Longhorns currently own a 12–3 record and sit at No. 15 in the country. Tulane is right on their tail, sitting at No. 31 with a 12–6 record.

After Sunday’s dominant performance against Tulsa, Texas head coach Michael Center knew that his Longhorns had their work cut out for them against Tulane, reflecting on last year’s match against the Green Wave.

“We have a lot of respect for them,” Center said. “It was a great college match (last year).”

Center wasn’t lying. Last year’s matchup between the Longhorns and the Green Wave in the second round of the 2017 NCAA Championships proved to be one of the best college tennis matches of the year.

Tulane had a 3-1 lead and were close to earning the fourth victory, holding multiple match points. The Longhorns wouldn’t let it happen. Instead, Harrison Scott, Rodrigo Banzer and Leonardo Telles all had three set wins to pull off one of the most stunning victories of the year.

The Longhorns expect the Green Wave to come out hungry and focused on Thursday.

The match is the second of a five-match home stand for Texas that will extend through April 15. This is the last match for the Longhorns before they begin Big 12 conference play, starting on April 7 with a match against TCU.