Comedians, students stand up for refugees with charity event 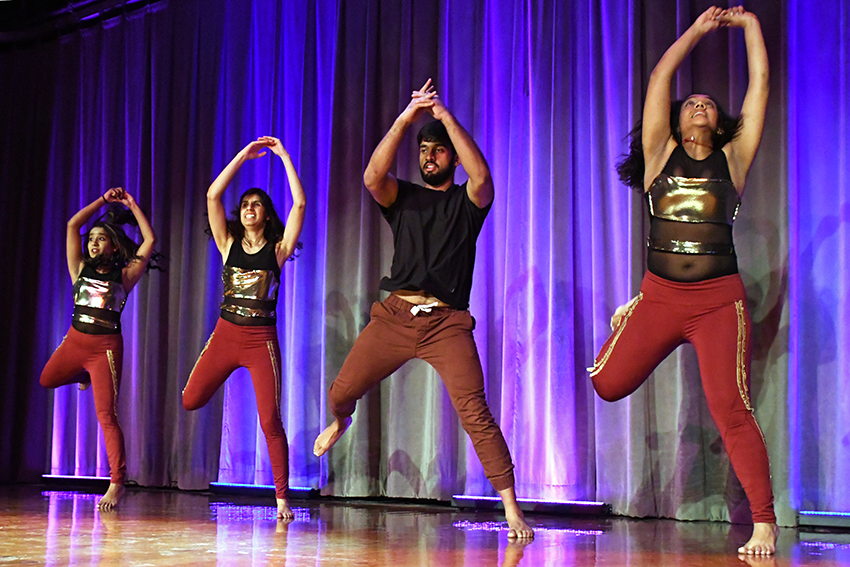 The Student Activity Center auditorium was filled with laughs Thursday night, but the reason behind the event was much more serious.

The second annual Stand Up for Refugees night brought together 150 people to watch dance performances and four comedians, and donated all proceeds towards Refugee Services of Texas, an organization which offers resettlement and legal services to refugees in the state. The event was hosted by members of the Ismaili Muslim Students Association, Management Information Systems Association and OneWay South Asian Intervarsity.

Inaara Jamal, the vice president of external affairs for IMSA, said she personally knows a few refugees in her hometown of Dallas and wants to raise awareness for ways to help people on a similar journey.

“There are a lot of ways we can support them and unfortunately not everyone knows how to support them,” said Jamal, a management information systems junior. “So partnering with Refugee Services of Texas is really cool because we know that wherever we put our funds, our money is going to good use.”

Another goal of the event was to change the stereotype surrounding the IMSA group, Jamal said.

“If you just look at our name ‘Ismaili Muslim Students Association,’ there’s a lot of assumptions you can make about that without ever meeting an Ismaili Muslim,” Jamal said. “An event like this forces you to understand what we’re about.”

Electrical engineering junior Vikram Sundaram said he had never performed stand-up comedy in front of a crowd before, and signed up after seeing the event on Facebook.

“I’ve just been looking to get involved with different causes,” Sundaram said. “This is just a cool way to open your mind and hear a different perspective on an issue.”

Business freshman Jasmine Thekkekara said she enjoyed coming to this event because of its purpose.

“I think it’s important to have events like this because it brings awareness to an important issue and it helps raise money for a good cause,” Thekkekara said. “It brings groups of people together that wouldn’t otherwise be together.”

Putting on the event with three different organizations showed the unity of the UT community, Jamal said.

“A lot of times people get lost with how large UT is and how many different types of people there are,” Jamal said. “Events like this really bring people together and help us build bridges not only within UT but within the greater Austin society.”