Everything you need to know about the upcoming Lyrids meteor shower 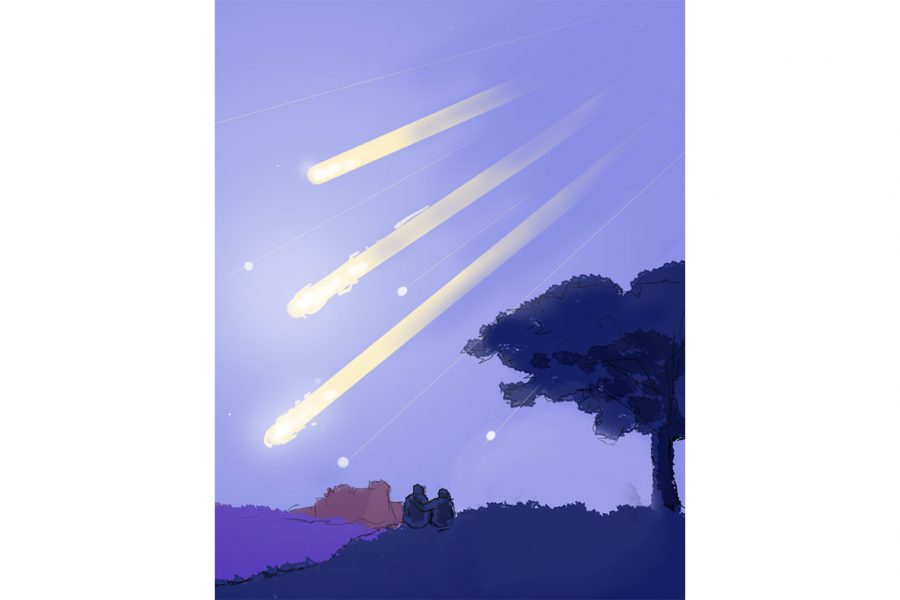 Seeing a meteor shower is a classic bucket list item for many people. You’ll be able to cross it off the list later this month. The next Lyrids shower will take place April 16-25, although the peak will be early on the morning of April 22, which will be visible here if you can drive a bit and get away from Austin’s light pollution.

What is a meteor shower?

According to the American Meteor Society, a meteor shower is “a celestial event in which a number of meteors are observed to radiate from one point in the night sky.” In layman’s terms, comets appear to be raining from a certain point or constellation. There are 12 meteor showers a year that are fairly easy to observe, depending on your location, according to the American Meteor Society.

“It’s like driving your car in the rain. As you’re driving along it looks to you like the rain is coming towards you,” Offner said. “If you look behind you, you don’t see the same effect. These meteors are happening because the Earth is moving along its orbit.”

Where and when should I watch for meteors?

The best thing you can do is to get out of the city. Light pollution will make it harder to see meteors. Offner offered some tips for optimal viewing.

“Dawn or early morning is when you have the best chance of seeing the meteor shower,” Offner said. “You can’t see it when the moon is really bright. It’s easiest to see if you go out in the early morning and don’t have a full moon or a bright moon.”

Offner also said that the brightness of the shower really depends on how big the comet is and how much stuff is left behind in its orbit. As far as meteor showers go, Lyrids is a fairly typical one and is not the brightest nor the most noteworthy shower.

“The brightest is Perseids, which happens in August,” Offner said.

According to Lewin, the two best meteor showers for those residing in the Northern Hemisphere are Geminids, which takes place in December, and Perseids.

Lewin said this year’s Lyrids shower is going to be a pretty good one.

“Some years, there are more meteors per hour. But really, the bigger factor is whether the moon is shining too brightly,” Lewin said. “This year, it’s happening during a small moon (phase).”

That’s good news for starcatchers! Regardless of how far away from the city you get, a bright moon will impede the ability to view meteors.

So what is a shooting star?

According to Space.com Associate Editor Sarah Lewin, the shooting star illusion is caused by debris burning up in the atmosphere.

“Comets orbiting around the sun will leave a trail of dust and debris behind them,” Lewin said.

“When the earth goes through that path of dust and debris, the little pieces of it can burn up in the atmosphere, leading to the shooting star effect of a meteor shower.”

What if I still can’t see it?

Since it takes around half an hour for your eyes to adjust to the dark, Lewin explains that patience is key.

“If you wait long enough, you’re going to see them,” Lewin said.

Be prepared to relax out wherever you are for awhile. If you are observant and patient, you may see up to 18 meteors per hour during the Lyrids shower on the morning of April 22. Refrain from using binoculars or a telescope, as it will limit the width of what you can see in the sky.