MF Doom and Czarface team up for collaborative hip-hop 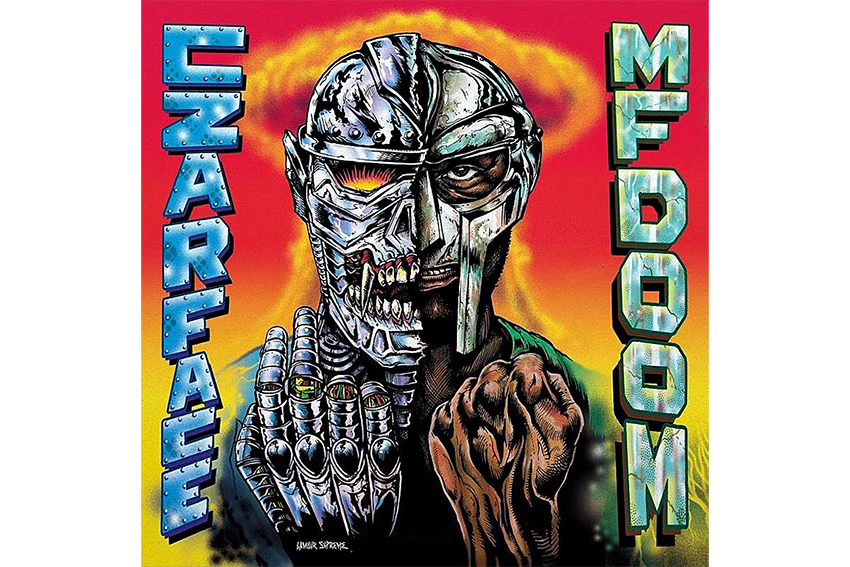 Courtesy of Get on Down

With the modern popularity of superhero films and stories, super-friend crossovers, such as the Avengers and Justice League, are colloquial to anyone who doesn’t live under a rock. On Friday, the hip-hop equivalent released their first collaborative LP, Czarface Meets Metal Face.

Comprised of Wu-Tang member Inspectah Deck and hip hop duo Esoteric and 7L, Czarface meets underground icon MF Doom on their new joint album. Together, the group resembles a team of superheros more than any other hip hop collective — between their obsession with comic books and supervillain-esque interludes, there’s enough nerdom here to start a local Comic-Con. Czarface and Doom have similar styles, opting for a more hardcore sound, glitchy and hard beats and most importantly, worldplay up the wazoo. Doom in particular is a legend among hip-hop heads for his lengthy discography, lack of public appearances and pioneering spirit, allowing for his recordings to take center stage rather than his personality or politics. An album produced by these two units just makes sense, and together they deliver in expected fashion, fleshing out quirky and fun songs that fall in line with Doom’s plethora of collaborations.

On a surface level, Czarface Meets Metal Face could be a slight letdown. Most of the album’s beats follow a similar path, as 7L opts for a rugged boom-bap style with which the three rappers all found their fame. First-time listeners might find the style refreshing, but anyone who has ever listened to a Doom release is right in their comfort zone on this project.

Kicking things off with a skit and diving into their first song together, Inspectah Deck sets the tone, rapping, “Yo, bombageddon, Hard head descendants, Jarhead in the trenches, Scarhead’s relentless.” He steals the show from both Doom and Esoteric, combining self-conscious lyrics with inter-bar rhymes that people have come to expect.

As the album rolls along, the rappers trade moments, with Doom triumphing as the standout MC on “Phantoms” and Esoteric confidently throwing his hat in the ring with “Badness of Madness.” Trading blows, the trio delivers lyrically everything listeners expect, but as as the album meanders onto its second half, it becomes obvious that Czarface + Doom might be a one-trick pony.

Taken as individual pieces, tracks such as “Stun Gun” and “Captain Brunch” stand among some of the best on Czarface Meets Metal Face, but when considered as pieces of a whole, the songs blend in and get lost in the record’s uniform sound. Beyond the surface novelty of this album, there isn’t much aside from a typical MF Doom collaboration.

Yet, even though it’s not a revolutionary piece of art, Czarface Meets Metal Face still stands its own in Doom’s expansive collaborative discography. Given that the titan of industry seems set on never releasing another solo album, fans have to take what they get — in this case, it’s a relatively expected LP with Czarface. And when all is said and done, Czarface Meets Metal Face is a fun reminder of exactly why so many people follow MF Doom from project to project. It won’t shock you with introspective and political lyrics or inventive beats, but it’s something to turn to and get your fix.