Dockless electric scooters may be coming to University area 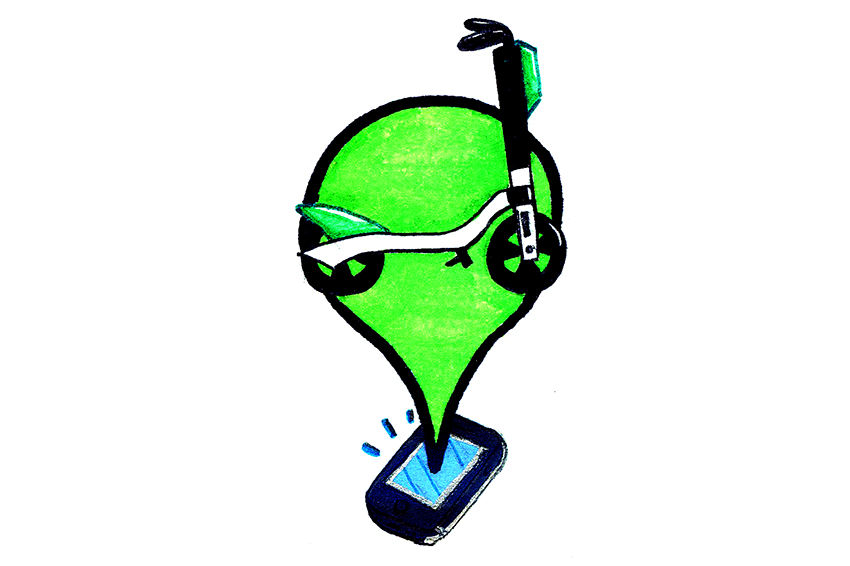 A month after Austin’s city council approved a 12-month program to test dockless bikes, the stationless vehicles may soon be rolling in to city streets. Bikeshare company Limebike hopes to bring its own fleet of vehicles to the city and campus area, including an unconventional form of transportation — dockless e-scooters.

“We think (Austin) is a great market for scooters given it will (not only) help residents get around downtown … but also for students around UT-Austin,” said Sam Sadle, director of strategic development at LimeBike. “It provides you with one more way to get from campus to downtown, or to internships, to go out or whatever it may be.”

Sadle said the scooters are part of the company’s three-part fleet, which it wants to bring to Austin in the coming months. The fleet also includes bikes and e-assist bikes, which are pedal bikes that, like the scooters, contain an electric motor for an uphill boost.

The dockless vehicles would be an addition to the city’s current bike-share system, Austin B-cycle, which is station-based. Sadle said LimeBike’s vehicles would be able to close the gaps for students where the B-Cycle stations don’t reach, such as the final leg from a bus stop to campus, or from campus to a job.

”The key question is, will people be mindful of other people as far as where they park them, and will enough people use them to make the whole venture be profitable?” Machemehl said.

Machemehl said he has seen cases where dockless vehicles have been stored by users in inappropriate places, and others where ridership has been low. Still, Machemehl said he’s hopeful the devices will help students living in nearby areas get to campus.

LimeBike has a team to collect the e-scooters at the end of each day, recharge them and set them out again the next morning, Sadle said. The regular dockless bikes are not collected, but to avoid bike disorganization, there will be a team to make sure bikes are organized and in appropriate areas.

UT alumnus and Austinite Brad Sloan said he has seen cases in Dallas and even China where these vehicles are stacked in piles by users or left in trees and lakes. Sloan said he thinks there needs to be a strong effort by companies such as LimeBike to keep both the bikes and scooters in check.

”Human nature really ends up winning in the end, and people will probably end up, like they have in other cities, thoughtlessly leaving the scooters here, there and everywhere,” Sloan said.

James Lentz, president and founder of Campus Bike Alliance, said he likes the idea of more modes of transportation for students to get to campus, but wants to know there will be enough room at UT to house the dockless scooters.

“There is already a shortage of bike parking at UT,” said Lentz, civil engineering senior. “The big concern for me with dockless is that students could ride them into campus and leave them in bike racks and then they could just sit there for who knows how long.”