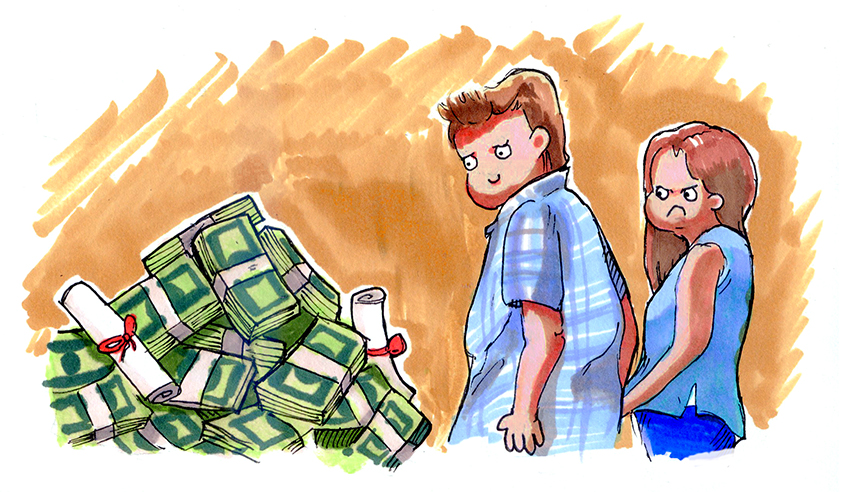 Young adults today are faced with many tasks in their college careers, from earning their degrees to falling in love.

According to a study published by the American Sociological Association titled, “The Changing Landscape of Love and Marriage,” there has been a decline in young adults getting married or pursuing long-term romantic relationships.

Shannon Cavanagh, a professor of sociology and women and gender studies, said there are many reasons for this continuous decline.

“As the economy has become more uncertain, young people have started to change the way things work and so marriage is the last thing you do,” Cavanagh said. “Once everything is set, and you finish graduate school and you’re in your career, then you’ll think about getting married.”

Rachana Jadala, a management information systems junior, said that while she does want to get married, it is not something she considers to be a goal.

“Marriage is definitely something that I see in my future and that I want for myself, but I don’t really view it as a goal because I don’t view it was an accomplishment,” Jadala said. “My view is that if I prioritize my education and career, the relationship stuff should fall into place if we care about each other.”

Cavanagh said that many young adults share a similar mindset to Jadala because they find importance in individual stability.

“People want to have certainty and security in their life before they can think about getting married,” Cavanagh said. “They want a big wedding, a house, all of these things and they have to get everything together in their lives first.”

“Some forego marriage completely and that (is) something that is increasing according to the data, in part because cohabitation has become socially acceptable with or without marriage,” Cavanagh said. “So you can have sex and intimacy and resource sharing without that kind of long-term obligation.”

Danny Li, a business honors and Plan II sophomore, said that he understands the allure of “hooking up” because it seems easy.

Jadala, who is in a long-term romantic relationship, said that there can be dangers to hooking up.

“I don’t really like the way hookup culture is portrayed because it can be dangerous and difficult,” Jadala said. “We say that it’s easier and it’s good to not be attached to people, but that can also lead to dangerous situations not just physically but emotionally.”

Cavanagh said that hooking up can also have implications on the way young adults behave in long-term relationships if they do decide to have them.

“Hookup culture prevents you from developing the skills you need to actually have healthy relationships,” Cavanagh said. “It makes you think that long-term relationships are hard work while hooking up is much easier. That’s not always the case.”

According to Cavanagh, being clear with yourself and your sexual partner, no matter how long you are involved with them, is the best way to handle any
romantic relationship.

“At a developmental moment when you’re learning lots of things to prepare for adulthood, it’s important to pay attention,” Cavanagh said. “Understand what both you and the other person want.”