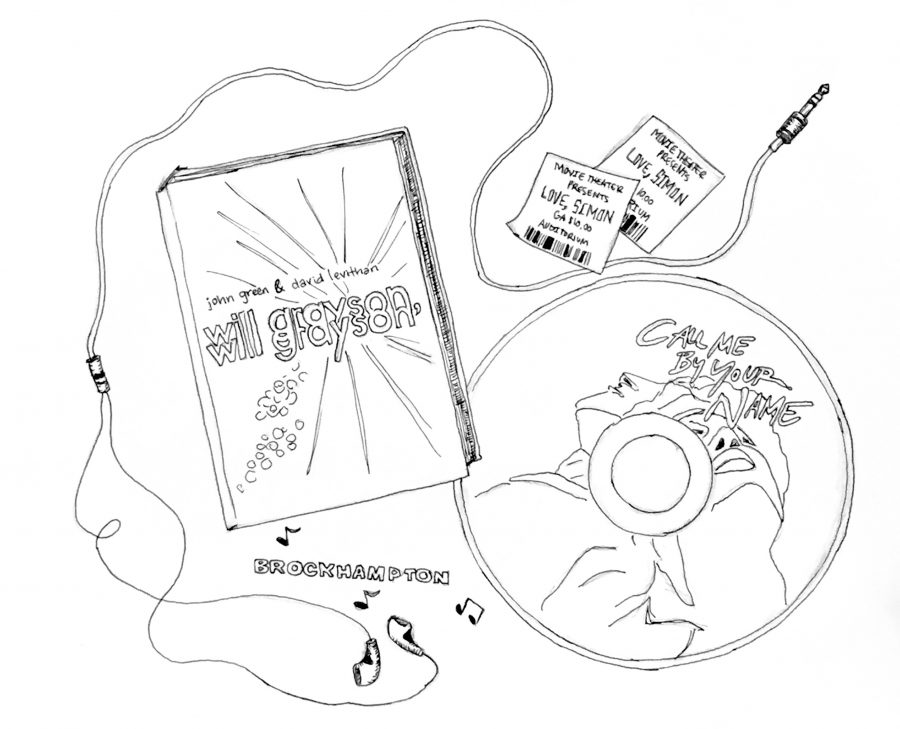 Although Austin is riddled with problems, there is one area where I must give credit where credit is due: I have never felt ashamed or fearful of being myself.

While I have had the privilege of freely and openly expressing my identity during a crucial developmental period in my life, other teens are not so lucky. Although gay marriage was legalized throughout the United States in 2015, the queer community still has a long way to go on the road to equality.

Recent data shows that hate crimes targeting the LGBTQ community are on the rise. Individuals identifying as LGBTQ are three times more likely to experience mental illness than their straight counterparts are, and LGBTQ youth are four times more likely to attempt suicide.

The sad truth is, these troubling statistics don’t even scratch the surface of the current problems facing the LGBTQ community. Well-intentioned straight allies often ask how they can better their activism to support queer people. The truth is a lot simpler than it seems. Most of the time, the best way allies can help the queer community is by supporting positive queer representation in media.

The media’s portrayal of LGBTQ individuals matters more than you think. To kids who are still not comfortable with vocalizing their identity or who live in communities where they do not have the freedom of being themselves, TV shows, movies and music tend to be the only readily accessible mediums in which people like themselves are represented in a positive light.

This is often a crucial step in the journey out of the closet. Seeing gay people represented on movies and TV with similar struggles and life experiences can give kids the confidence they need to be comfortable in and of themselves. Watching the triumphs and failures of a gay character such as Glee’s Kurt Hummel had a transformative effect on many queer youths. Studies show that LGBTQ kids exposed to queer media have a better sense of well-being.

Furthermore, while it is difficult to track the effect entertainment has on influencing public opinion, queer representation in media has the ability to enhance acceptance of the LGBTQ community. A poll by the Hollywood Reporter in 2012 found that 27 percent of respondents credited watching shows with gay characters as making them more supportive of gay marriage.

Representation cannot fix everything. But showing queer people in a positive manner through influential entertainment mediums has the power to shape the course of lives — whether it be a gay teen empowered through viewership of “Degrassi” or a parent struggling to cope with their child’s identity finding pleasure in watching “The Ellen Degeneres Show.”

While protesting on social media and showing up to marches is nice, sometimes the best form of activism is much simpler and can be experienced from the comfort of a plush seat. If you want to help the queer community, work on changing the hearts and minds around you. Listen to queer artists like Brockhampton and Frank Ocean. Show your family and friends “Moonlight.” Buy tickets to see “Love, Simon.”

Simply invest your time and money in media that portrays queer people the same as it does their straight counterparts — as human beings who experience passion, joy and struggle, just like everyone else.

Braaten is an international relations and global studies junior from Conroe.