How much will you make? UT graduate earnings by major 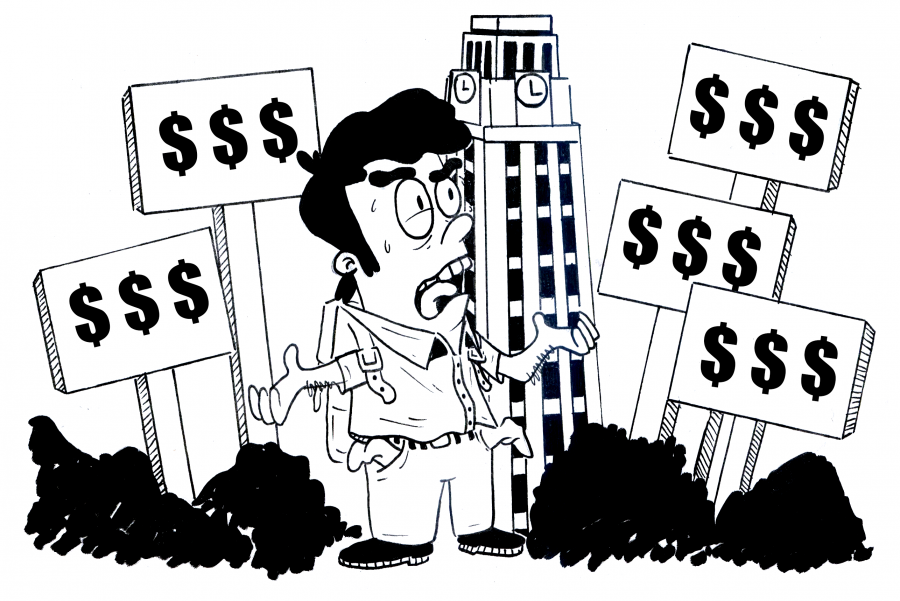 Earning roughly $119,936 one year after graduation, petroleum engineering majors have the highest earning potential out of all UT-Austin graduates, and outearn graduates of other fields of study by about $30,000, according to new UT System data.

Last week, the UT System released data on the median earnings and debt of UT graduates across the U.S. on its online tool seekUT. The data confirms what many already expect: Engineering graduates tend to make the most, and fine arts graduates make the least.

In contrast, fine arts, studio arts and visual and performing arts majors earn roughly $30,000 one year after graduation and about $40,000 within five years.

Despite the differences in earning potential, Amy Ware, associate director of the Human Dimensions of Organizations program at UT, said job satisfaction remains important to graduates in the long run.

“I think that satisfaction is always more important than money when it comes to jobs, because you’re more likely to move forward and make more money in a position and company you like,” Ware said.

Theater education sophomore Christina Pozzi said she never really looked into the earning potential of a fine arts degree, but she was aware of the financial limitations of teaching because her mother is a teacher. Pozzi still decided to pursue teaching theater because it combined her two passions in theater and in working with kids.

“(Money) was never an influence for me,” Pozzi said. “I think if you’re passionate about something and that’s where you’re going to be happy for the rest of your life, that’s what you have to do.”

Sarosh Nandwani, a mechanical engineering and anthropology senior, briefly considered going to art school but said financial concerns led her to choose engineering. Nandwani said she still thinks most engineering students, including herself, enjoy the field.

“You’d think engineers would be more concerned with money, but everyone I know is so passionate about building things,” Nandwani said.

Nandwani said she added anthropology as a second major because it helps her better understand and communicate with people, especially from other cultures.

“The world is getting smaller, especially with technology, and it’s important to have conversations with people from different backgrounds,” Nandwani said.

“A degree in engineering is very unlikely to help Mark Zuckerberg solve the problems he is dealing with right now,” Ware said. “Those are people-centered problems. The only way we’re going to learn what works best is if we have people experts.”