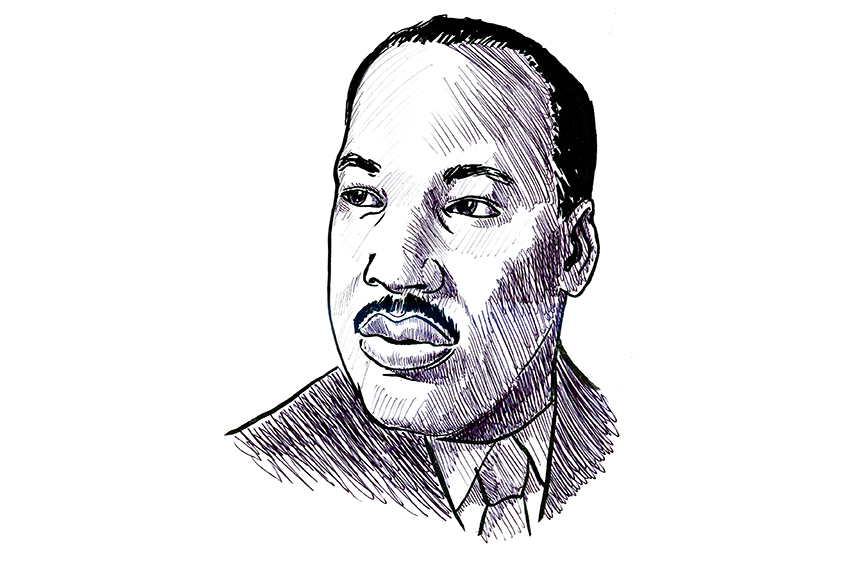 UT educators compared past and present racial inequality in the country and in Austin, using the 1960s civil rights movement’s tactics as an example for how to tackle present issues.

Panelists specializing in areas such as diversity and equality hosted the event Tuesday at the Julius Glickman Conference Center. Tuesday was the eve of the 50th anniversary of Martin Luther King Jr.’s assassination. The event served as a way to bring back the discussion of social justice and the spirit of liberation that King envisioned.

“When we think about the last three years of (King’s) life, he is becoming an active nonviolent political revolutionary,” said Peniel Joseph, founder of the Center for the Study of Race and Democracy. “He’s constantly talking about the U.S.’ role in the wider world.”

The panel centered on militarism, racism and materialism, which King acknowledged as the three biggest “threats to humanity.” Joseph said these issues often intersect, as seen in the Black Lives Matter movement, which protests police violence against African-Americans.

“Massive resources that should have gone into schools, and social work, and mental health care and food went into building the largest police force in the world,” Joseph said. “We have normalized a police state … one of the biggest things it has done is corrupt and distort and disfigure American democracy.”

Virginia Cumberbatch, the director of the Community Engagement Center, said people often simplify King’s legacy and their own complicated history. She related this to Austin’s struggle to reconcile its economic and racial inequality, which she said is represented in the gentrification of East Austin.

“We have created a dynamic where people’s houses determine their livelihood … I think that’s very interesting, given Austin’s own narrative of ourselves as being a ‘top 10 place to live,’” Cumberbatch said. “In my estimation, you cannot be a liberal and progressive city or an innovation hub if you’re also dealing with being the most economically segregated city.”

“To have this before the 50th anniversary is to signify (the reflection of King’s legacy) and reflect on where we are now and where we should be heading in the next few years when it comes to advocating for social change and racial progress,” Jackson said.