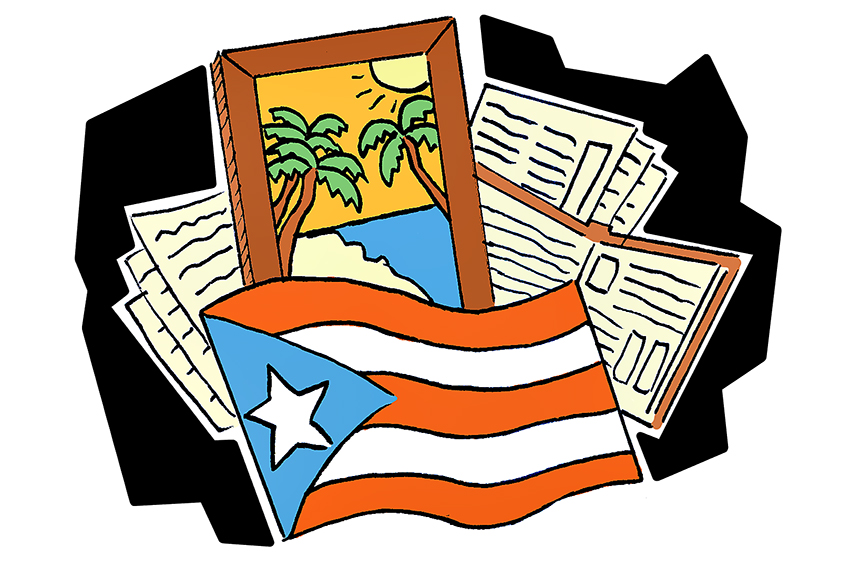 More than six months after Hurricane Maria devastated Puerto Rico, much of the U.S. territory remains without power and the island struggles to rebuild its destroyed institutions.

The Category 4 storm hit Puerto Rico in September 2017, devastating the island’s infrastructure, including many of its libraries, museums and archives.

School of Information senior lecturer Karen Pavelka was chosen by the National Heritage Responders, NHR, a program funded by the American Institute for Conservation of Historic and Artistic Works, AIC, to be part of a four-person assessment team. This “A-Team” evaluated damage at local cultural institutions and helped communities recover.

“There was extensive damage across the island,” Pavelka said. “I have worked several places after disasters, and listening to stories is an important part of salvage work. The Puerto Ricans were resilient, accepted loss and wanted to get on with the work of getting back to normal. We worked with collection personnel who, of course, were very concerned with the materials in their care.”

Pavelka’s team was led by Laura Hortz Stanton, executive director of the Conservation Center for Art & Historic Artifacts in Philadelphia. For a week in January, her team worked with local artists to recover their works at the Museum of the Americas in San Juan. They also provided assistance to Puerto Rico’s Demographic Registry, the University of Puerto Rico at Cayey, National Foundation for Popular Culture in San Juan and The Inter-American University of Puerto Rico in San German.

School of Information professor Rebecca Elder, the coordinator of NHR, has continued to help form teams to assist Puerto Rico. She helps teams with travel, resources and contacts.

“There has been a great deal of progress since our teams were on the island in January,” Elder said. “More facilities have had their power restored. Other groups have held workshops in the area, including the Smithsonian. And the recovery process, organized by FEMA, is taking stock of the full extent of the damage while making plans for returning to a ‘new normal.’”

Elder said she encourages librarians and archivists to put more emergency-preparedness measures in place to better prepare for the possibility of a future natural disaster in their area.

Elder said she would like to see more unity among museums and institutions in devastating situations such Hurricane Maria. The AIC created a program called Alliance for Response with the purpose of building networks of local cultural heritage institutions that can support each other during emergencies and disasters.

“Collaboration is key to a successful response and recovery efforts,” Elder said. “Building those relationships in advance will be the most helpful.”

In the past, Pavelka was deployed to Galveston after Hurricane Ike and to Haiti after the earthquake. Pavelka and Elder led teams of students to help institutions recover after the floods in Wimberley and after the Memorial Day flood in Austin.

Elder said the best way to help in Puerto Rico now is to donate funds. AIC, which funds NHR, accepts donations, but there is still need all over Puerto Rico.

“An ounce of prevention is worth a pound of cure,” Elder said. “Preserving our history and culture lets us understand who we are and where we came from.”