Why the EERC should be our second voting booth 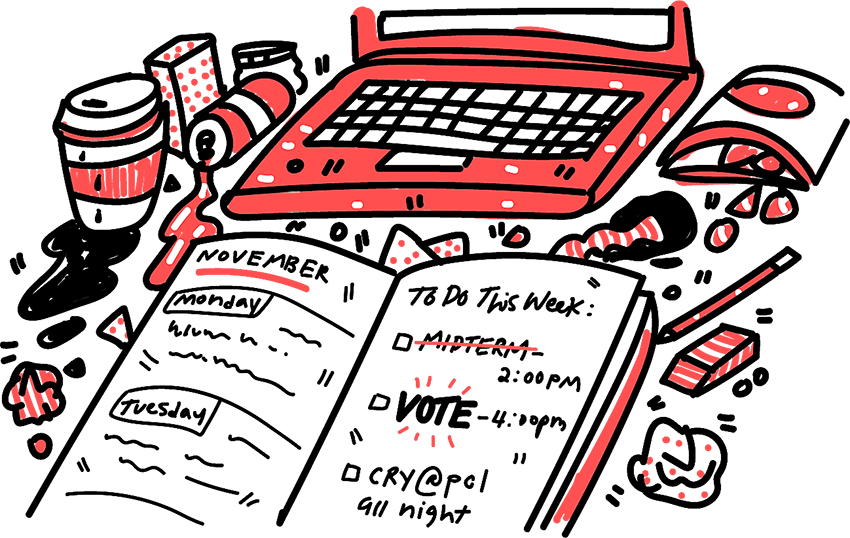 Hussam Djadi was excited to vote in the 2018 primary election, the first election he was old enough to vote in. After missing the early voting period, Djadi, an electrical engineering freshman, arrived at the Flawn Academic Center on voting day to cast his ballot — only to find a two-hour line.

With the nearest off-campus voting station a bus ride away, Djadi went home without voting.

The FAC, currently our only polling station on campus, has been inundated with student voters in recent elections — a deterrent for students with busy schedules.

It is unsurprising, then, that student leaders are making a mad dash to create a new voting location on campus. The Graduate Student Assembly and Student Government have passed a joint resolution in support, and the Travis County Clerk’s office confirms that they’re working with the office of President Gregory Fenves on the matter. We can safely expect to have a second polling location before the next elections.

But where will it go?

TX Votes and UDhave been leading the charge to establish UT’s next voting location. Their list of candidates include the Student Activity Center, Gregory Gym and the Engineering Education and Research Center. All of these buildings would make a fine voting location. The EERC, though, should be their choice for our next voting booth.

If Djadi had voted, he would’ve been one of only 43 percent of STEM majors nationwide who do. STEM majors notoriously vote at lower rates than their peers. 53 percent of social science majors vote, as do 49 percent of humanities majors. Knowing this, UT should be strategic about where it expands voting to and target those who historically haven’t turned out.

As explained by Allie Runas, president of University Democrats and electrical and computer engineering junior, “putting (a voting booth) in a building that a lot of STEM majors go to, study in and have classes in would really increase the visibility of voting as well as turnout.”

Djadi agrees, recalling a voter registration initiative at the EERC helped convince a lot of his friends to register for those same reasons.

“I was surprised that there was registration there but no voting booth on the day of the elections,” Djadi noted. “If STEM majors are the least likely to turn out to vote, I think being able to vote (at the EERC) would definitely help.”

If previous outreach to the STEM community has been successful in boosting political interest among those least likely to be interested, putting our second polling location in the heart of STEM territory could serve to yield similar results.

As student leaders like Runas work with campus and county officials to determine where our next polling location will be, they should keep the EERC on the shortlist. A lack of on-campus voting options hurts all civic-minded Longhorns, and STEM majors, in particular, aren’t having their voices heard in our elections. Having the EERC as a polling station would not only help ensure our voices were heard, but would also ensure our elected leaders represent all of our interests.

Let’s get our scientists to the polls, not keep them away.