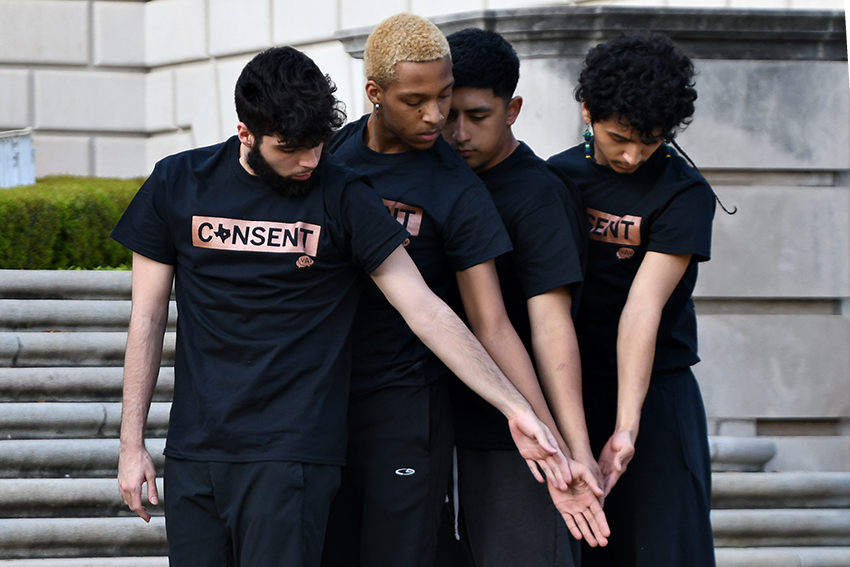 The crowd listened closely, some in tears, while UT students told their stories about interpersonal violence.

Voices Against Violence, VAV, a program within the Counseling and Mental Health Center, hosted the annual Take Back the Night gender-inclusive event Wednesday evening. One goal of the night was to support survivors by providing a safe space for them to connect. Centered around this year’s theme, #UTGetsConsent, VAV aims to educate the student body about how consent prevents sexual violence.

Lauren White, interim prevention and outreach specialist for VAV, said over the years she has seen common themes of stigma, shame, secrets and feelings of support addressed by survivors. However, what has changed is how students view these experiences.

“A lot of what’s going on in the world right now is framed in a very political way,” Abigail Kuchek, a philosophy and economics sophomore, said. “What gets lost in the conversation is what the experience is like on a personal level.”

White said the #MeToo movement has been like a double-edged sword. White said the film stars who adopted the movement were mostly wealthy white women, and while the movement sparked discussion, it made some members of the LGBTQ, African-American and other marginalized groups who have been working on sexual violence for a long time feel ignored.

“Even though it’s incredible to see people paying attention to sexual violence, it still feels like it’s a lot,” White said. “While it’s a wonderful spotlight on how sexual violence can permeate through several … realms of society, it asks the question: Who are we listening to?”

Amanda Lewis, a member of Texas Association Against Sexual Assault, said she knows people who have experienced sexual assault, which led her to become a social worker. Lewis said she wants survivors to know they are heard.

“I can’t help but think as an advocate now, what if someone said to (them), ‘I see you,’” Lewis said. “‘I believe you. That shouldn’t have happened. He’s to blame. You matter. I’ve got you.’”

All currently enrolled UT students who have experienced stalking, relationship and sexual violence have access to the VAV Survivor’s Emergency Fund, which helps pay for related expenses.