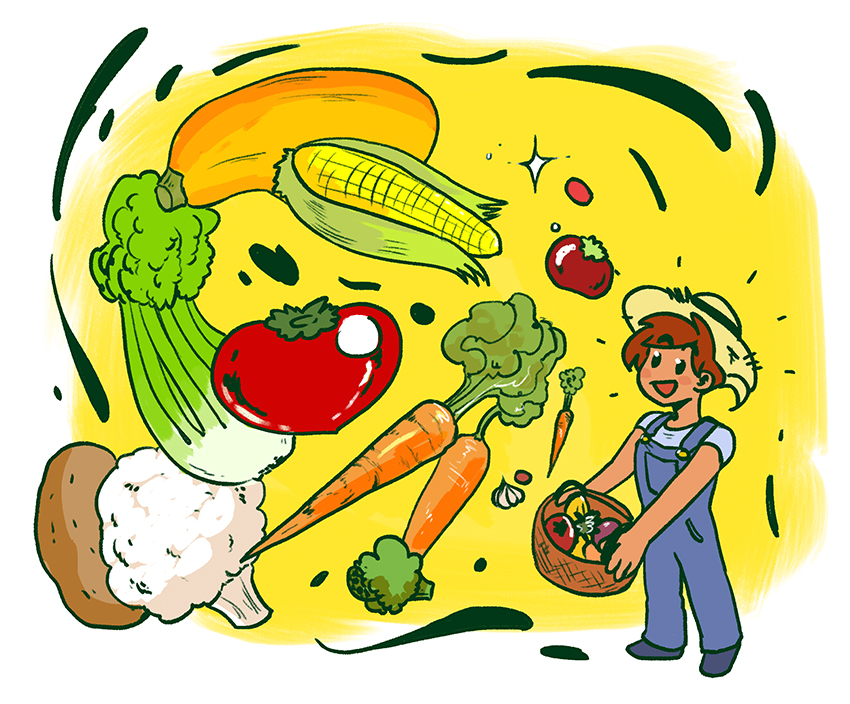 Hosting a plant-based festival in a state known for brisket and barbecue may seem risky, but since everything’s bigger in the Lone Star State, many argue there is plenty of room for a Texas-sized vegan food festival.

The annual festival began in 2012. Event founder Adrienne Lusk, executive president of Texas VegFest and a vegan herself, said the festival thrived in Austin and is now entering it’s 7th year.

Lusk said the inspiration for VegFest began when Lusk hosted a vegan potluck and concert in Zilker park and wanted to go even bigger.

“Austin is an event-centric city, as well as a city that’s been very veg-friendly, so it was surprising that there wasn’t already a VegFest here,” Lusk said.

Today, Texas VegFest is one of the biggest celebrations of local veg-based businesses and is the one day of the year in Austin where vegans and vegetarians gather to eat, drink, listen to music and find company in a few thousand other like-minded individuals. This year, it will take place on Saturday, April 7, at the Fiesta Gardens.

Sociology senior Daniela Castro said she is excited to enjoy foods that as a vegan she rarely gets to enjoy. She is looking forward to eating specialty vegan tacos, conchas and carnitas at El Palote, a Mexican restaurant.

“I am so ready for this food baby,” Castro said. “Having to drive to one place and find all this food is amazing because usually all the good vegan restaurants are downtown.”

Amelia Raley, co-owner of Sweet Ritual, a vegan ice cream shop in Austin, said she became a vendor at VegFest since the very first festival in 2012, and keeps coming back.

“VegFest is our favorite event of the year,” Raley said. “The weather is perfect, lots of new people travel from all over Texas and the USA to attend, and everyone has a lot of fun.”

Besides providing a variety of food, VegFest aims to educate attendees through live cooking demonstrations and through guest speakers.

“I’ve been able to demonstrate the benefits of a plant-based diet far more effectively through Texas VegFest than any other means,” Lusk said. “It truly is a place where anyone who has even the slightest interest to tangibly see what is available to them and learn how they can incorporate it into their life.“

Raley said she has seen the fest grow since she joined in the beginning. In fact, last year’s fest brought in twice as many visitors as the first year. This year, 5,000 people are expected to attend. But for those who aren’t vegan or vegetarian, don’t be intimidated, VegFest is open to all.

Lusk said the number of attendees who aren’t vegan or vegetarian has grown, and many are eager to learn more about the aspects that are most important to them. Attendees, volunteers and vendors alike cannot wait until Vegfest. For them, it’s a place that they can connect with others. Just glance on the Facebook page and see the excitement.

“Whether you’re a Level 5 vegan, or someone who wants to expand their Meatless Monday repertoire, this event is for you,” Raley said.