Texas heads back to California for last regular season tournament 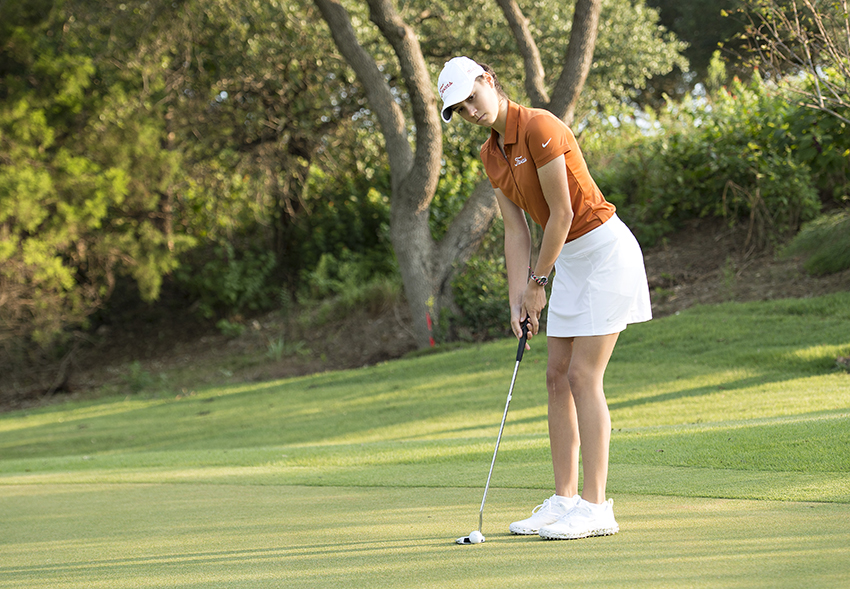 The third time’s a charm.

The Longhorns head to Napa, California, to compete in the Silverado Showdown beginning Sunday and concluding Tuesday — their third tournament in the Golden State this season. Texas will face eight of the top 25 teams in the nation, including No. 1 UCLA. This is Texas’ last tournament before the Big 12 Championships.

Texas last competed in California two weeks ago at March Mayhem, a match play event in Rancho Santa Fe. The Longhorns finished second to USC, which is also in the field in Napa this week. The second portion of the NCAA Championship format is match play, so March Mayhem was a solid tune-up.

“It was a great week for us,” Texas head coach Ryan Murphy said. “We played some nice golf and received some good match play experience that will prepare us for May.”

The last regular season tournament is typically a good predictor for how the team will fare at the Big 12 Championships. Last season, the Longhorns finished second in their last tournament before the postseason, going on to win the Big 12 title.

It’s also worth noting that the last four Big 12 Championships have been played at courses in Texas, which offers the Longhorns a distinct advantage over teams traveling from other states.

This year, the Big 12 Championship will be played at the Dallas Athletic Club. The NCAA Regional Championship this year will take place at the University of Texas Golf Club, the Longhorns’ home course.

“A goal of ours is always to win the (NCAA) championship,” Murphy said. “In order to get ready for that, I always want to compete in whatever tournament we go to and have a chance to win. If we are doing that on a regular basis, we’ll be as ready as we can be at the end of the year.”

Texas has won twice this season and has finished in the top 10 in every tournament the team has competed in.