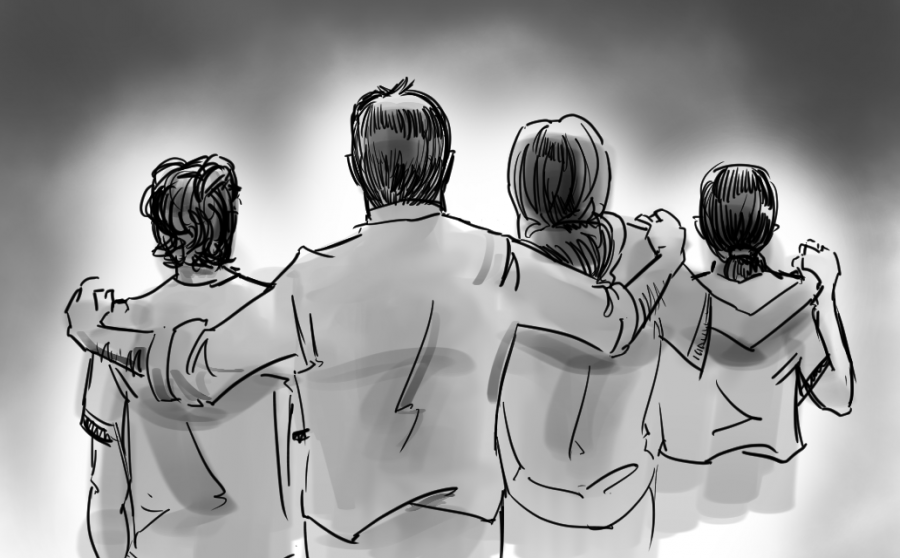 Immigration reform has become one of the most divisive issues in our country today. Never a simple topic in modern times, it has been used by President Trump to divide the American electorate, introduce and inflame fear and literally break families apart as a backdrop for his incendiary and racist rhetoric. Trump’s decision to send the National Guard to our border is just the latest step away from American values.

America was founded on the principle that we are stronger as a whole, with people from a multitude of backgrounds contributing to the greater good. As the threats of travel bans, ICE deportations and the exploitation of sanctuary cities and DREAMers become the new normal in American political discourse, that principle has been left behind.

Congress has the power to reign in this abuse but, in refusing to act time and time again, they have become complicit in betraying American principles.

We must demand they stand up to the President and represent America’s true values. As a Democratic candidate in TX-21,  my commitment to the citizens of this district and Americans from all walks of life is the same, and together we must challenge the President and Congress to:

Stop ripping families apart Thousands of children are being separated from their parents. Siblings are being scattered across countries. This is unethical and un-American.

Keep our promises DREAMers are here by no fault of their own and have worked hard to gain an education and contribute to the strength of our nation, fulfilling the requirements of the law. We need to fulfill our side of that bargain.

No border wall Having lived along the border myself, I know what is already in place — and I know that building on existing fencing would be an outrageous waste of resources. Our borders can be adequately secured by technology and diplomatic action. The long-term solution is to engage Mexico and Central America to improve their overall economic situation and quality of life, in the mutual interest of a safe, prosperous region.

Begin real, comprehensive immigration reform that builds on our founding principles and prevents the issue from being compromised on the campaign trail.

These are not just the right things to do; they’re the practical things to do. If we don’t have real immigration reform — a comprehensive path to citizenship that welcomes new Americans from overseas and across our borders, we will not have the resources necessary to fuel the economy of the 21st century.

Whether it’s to ensure we have enough workers paying into the system to keep Social Security intact, or to ensure we’re defended at home and abroad, immigration is a moral, ethical and economic imperative to the long-term development of both Texas and America.

And a strong economy, sustained social safety programs, and a robust military are all byproducts of the most important objective: keeping families together.

Kopser is a candidate for U.S. Congress in Texas’s 21st district.