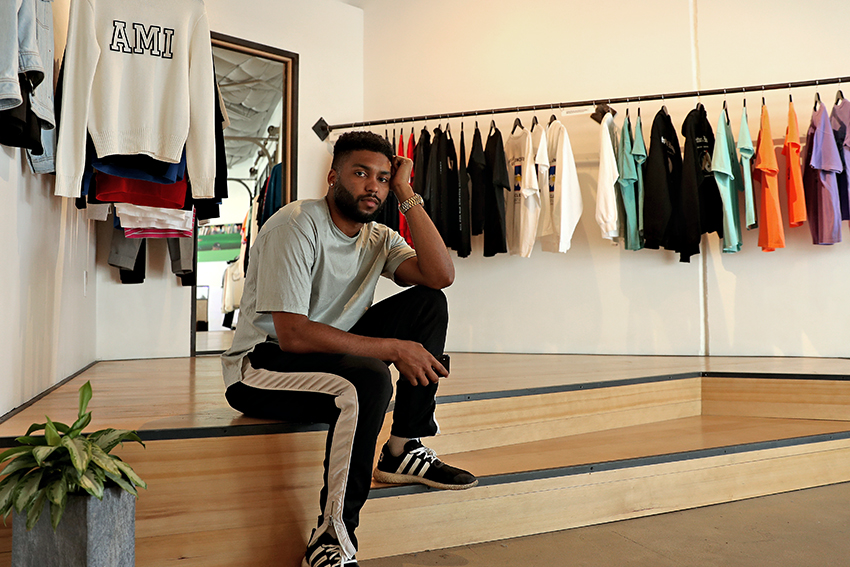 Austin’s latest retail shop provides new styles and amenities that you might not typically see in Texas.

According to co-owner Bryan Jordan, South of Everywhere is a fashion-forward retail store designed to give visitors a new shopping experience. The store is run by three men in their 20s, and it is specially-constructed to act as a venue, lounge space, and streetwear boutique.

“We created South of Everywhere to fill a sort of void for creatives in Austin,” Jordan said. “We wanted a place for young people who are in tune with fashion and music.”

Jordan heads the store along with CEO Cade Wilson and head of marketing Emory Blake.

Located roughly four miles from campus, the store opened last month and seeks to attract a fashionable and style-savvy audience.

Jordan said he thought of the name “South of Everywhere” while working on a personal blog a few years ago.

“It was one of those things were I talked about where I was from,” Jordan said. “I’ve lived a little bit of everywhere and I couldn’t choose where to say I was from. So I just said ‘south of everywhere’ and it stuck.

Blake described South of Everywhere as an experience rather than just a retail store.

“We want people to enjoy themselves here,” Blake said. “It’s an urban contemporary fashion gallery or a culture center where people can just vibe.”

Blake said he got the idea for the store after finding a lack of his own tastes in Austin.

“I’m from Austin, I’ve definitely noticed a void where I can shop,” Blake said. “Austin has vintage stores and normal retail stores that have nice things, but they’re not quite my style. There’s just certain colors, cuts and skins that are hard to come by here.”

Jordan, a 2016 textile and apparel UT alumnus, said the store will provide a relaxed atmosphere for young people to shop and creatives to gather.

“First thing that people notice when they walk in here is the design,” Jordan said. “It’s a multi-usable space. We have a stage, a lounge with Wi-Fi, and the racks are removable.”

Isaiah Garcia, textile and apparel sophomore and South of Everywhere intern, said the shop correlates with his own tastes.

“It was first brought to my attention by my friend, and he said that it seemed like a really cool store that I would fit in with because I’m into fashion, especially streetwear,” Garcia said. “I like the goals. They wanted to bring a certain New York or L.A. aesthetic here to the heart of Texas.”

Garcia said South of Everywhere is especially important to him because of the diversity and unity he sees there.

“How many boutiques do you see in Austin run by black people? Not many,” Garcia said. “The great thing about South of Everywhere is that there’s these two black guys and one white guy and they bring together this greater sense of community.”

Jordan said South of Everywhere stands out from other stores in Austin because of the exclusive garments it houses.

“The pieces we have here are completely different from anything you’ll see in this city or in this state,” Jordan said. “There’s a lot of love here; the people in here, we’re passionate about what we do.”