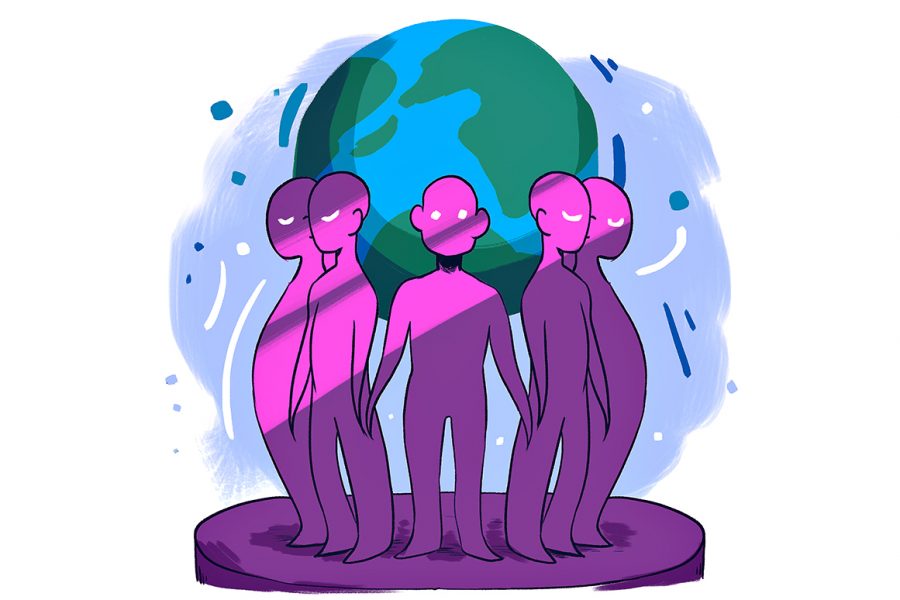 If you’ve ever wondered what different colleges contribute to the betterment of sustainability, professors are throwing it down so you can get your answer.

The Sustainability Showdown is back after a three-year hiatus. On April 19 at KLRU studio, twelve professors from different colleges are competing to win a first-prize $2,000 scholarship and a second-prize $1,000 scholarship for their colleges. Each professor has five minutes to answer one question: Why is your discipline integral to our sustainable future? After all faculty have spoken, the audience will vote to determine the winner.

Katie Aplis, environmental science senior, and Vaishali Jayaraman, computer science junior, are spearheading the event for the Campus Environmental Center. Both have been working at the Center for some time, with Jayaraman joining in fall 2015 and Aplis in spring of 2016. At the beginning of this year, they found videos of the first Sustainability Showdown. Attracted to its fun atmosphere, they wanted to hold the second Showdown with the hope of it becoming an annual event.

“Our theme, or our phrase, we’ve been using with everyone is brevity and levity,” Aplis said. “Because it’s brief, but it’s very exciting and fun, and we want to get everyone involved, and it’s a very
light-hearted event.”

“The other message that we want to give out is that it isn’t possible to achieve a sustainable future without the involvement of all the disciplines,” Jayaraman said.

Assistant professor Nicole Osier will represent the School of Nursing in the Sustainability Showdown. She said she’s looking forward to voicing all of the progress she’s seen with faculty and students in her discipline toward building a more sustainable future.

“I think the biggest part of my strategy is really passionately believing in what I’m saying and not just putting on a show,” Osier said. “I feel like I try to draw together examples from my personal efforts as well as highlighting a bunch of multifaceted and really impressive in magnitude efforts that other nurses have led.”

As the representative for the College of Liberal Arts in the Showdown, Heather Houser, an English associate professor, said the possibility of getting a scholarship for a student in the college is exciting. Houser said she didn’t want to give too much away about how she’s planning to answer the golden sustainability question, but she does have a strategy.

Houser said students often don’t have time to take classes in every college and the showdown will provide a chance for students to get to know the different colleges. On another note, Jayaraman said the showdown will display how sustainability is ingrained in all of our lives, even if you’re not from environmental backgrounds.

“Sustainability issues don’t just live in one discipline,” Houser said. “(They) actually are being addressed in all these different, really complementary and fascinating ways.”