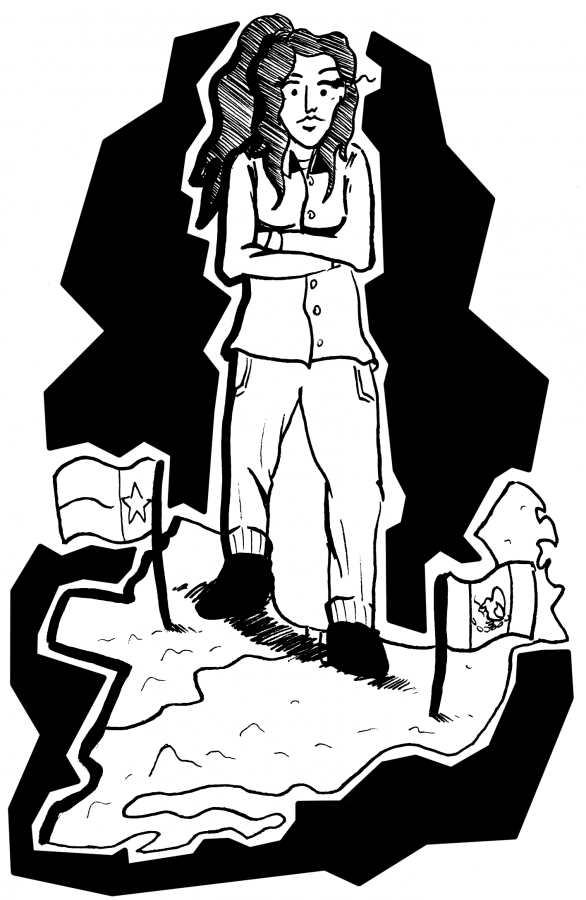 Editor's Note: This is the English version of our first Spanish langauge column. Read the Spanish version here.

These days are a little bit hostile for immigrants. With the election of President Donald Trump, the end of the Deferred Action for Childhood Arrivals program and the construction of a bigger Wall, it is normal to feel insecure as a Latin American and, more than anything, as a Mexican. However, with the support of your University, adverse situations can be handled in a friendlier way.
I used to feel insecure about my accent when I moved to Austin, but all the diversity at UT made me feel supported by others. And this did not just happen to me. Mexican and Mexican-American students have very different stories, nevertheless they feel protected by the University.

Although there isn’t an organization only for Mexicans and/or Mexican-Americans, you can find the community in many classrooms and organizations.

There is so much to learn from other cultures, and it can be overwhelming. But the most beautiful thing about being an international student is just that: learning from others and teaching others. The wonderful thing about being Mexican is being able to share your culture and debunk stereotypes and misconceptions that people from other countries have about us. “Spanish is the second most spoken language in the world.” Cesar Lopez, a journalism masters student, explains.

When seeing so many religions, beliefs, ethnicities and cultures, it is normal for study abroad students to experience the famous “cultural shock.” But as the Spanish saying goes, “el león no es como lo pintan” which loosely translates to “reality is different from perspective.” The many photos I saw of UT did not accurately reflect the diversity or the beauty of this campus and its community.

Lopez, explained that the first experience he had coming to UT in summer 2016 was both disorienting and positive. “I arrived at the (Student Services Building) with my huge suitcase and super tired of the sun, and I had to get a vaccination, but the people were as kind as you can imagine.”

It feels nice to meet people who speak your own language, but when you stay in the same area all your life, you can not learn from other people. As a woman from Mexico City, I have a completely different life experience from Eduardo Charles, a sustainable studies undergrad student from Houston who grew up in Tamaulipas. But that doesn’t diminish the tremendous happiness in meeting someone who also speaks Spanish.

However, if it had not been for the University, we would never have crossed paths, and an idea for a new organization would never have occurred to us. For Mexican students at UT, being Mexican means: “Have a different vision,” “work hard,” “be cheerful” and “make possible the impossible” as Guillermo del Toro said. Even though most of the experiences are positive, the system can improve to be more accessible for people whose first language isn’t English.

We come here to expand our horizons and open the minds of others. Without harshness or misunderstanding, we know that we are side by side with many very important and valuable minds. And we want to thank you for letting us share our music, food, traditions and social interests — all of the things that make our culture as diverse as the University of Texas.

Lara is an arts and enertainment sophomore from Mexico City.