John Prine is back with ‘The Tree of Forgiveness’ 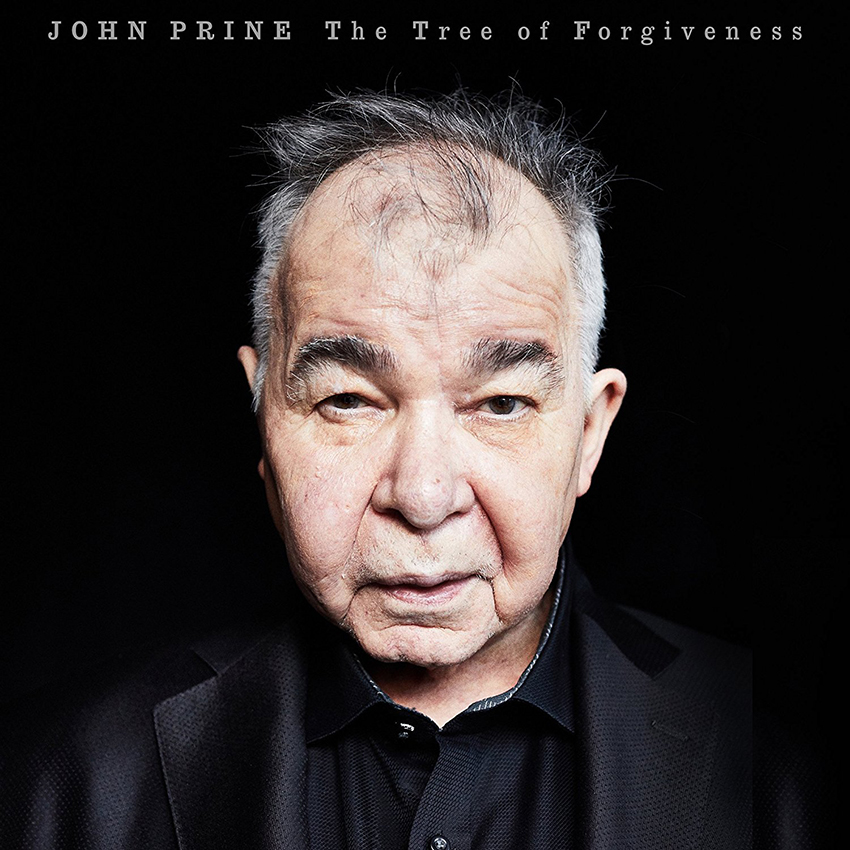 John Prine released his self-titled debut album in 1971 and spent the better part of the last 47 years making clever, tightly-written folk music that everyone from Bob Dylan to Roger Waters regard as iconic. With The Tree of Forgiveness, his first original album since 2005, Prine makes a bumpy, albeit beautiful, return to form, and proves that he’s still got the chops that put him in league with greats so many years ago.

The Tree of Forgiveness is, first and foremost, a profile of Prine in his old age. At 71 years old, Prine isn’t the young, free-wheeling man he once was, but it’s fun to hear him grappling with that so energetically. He manages to flow between emotions beautifully from song to song, delivering heart-wrenching admissions of loneliness on the heels of joyful reminiscences of his youth, all without missing a beat. It’s not uncommon for artists to use different tones over the course of an album, but it’s rare that they’re able to do it as convincingly as Prine does, making you tap your foot during one song and tear up during the next.

Prine’s songwriting and grizzled voice — ages (and a battle with cancer) away from the high, twangy vocals he once had — are a joy to listen to. The melodies of “Boundless Love” and “Lonesome Friends of Science” are simple but stirring, and “When I Get to Heaven” presents a sentimentality and concurrent fun that feels right at home in Prine’s music. However, “Summer’s End,” the single released alongside the album’s announcement in February, and “No Ordinary Blue,” a capital-b beautiful song about loss, are gorgeous, bittersweet tent-poles for the rest of the album to stand on.

Unfortunately, while there are no bad tracks on The Tree of Forgiveness — it’s hard to imagine Prine writing something that isn’t at least a little bit good––there are some skippable ones. “Caravan of Fools” seems to be Prine’s crack at brooding, Johnny Cash-style country, but it doesn’t quite land coming from Prine. “I Have Met My Love Today” is a perfectly nice-sounding song, but its lyrics feel uninspired, and the song’s meandering pace makes Prine sound tired as he’s performing it. The cluttered title of “Egg and Daughter Nite, Lincoln Nebraska, 1967 (Crazy Bone)” also feels out of place, as it sounds less like Prine’s music than it does that of a group of folksy dads playing live at a farmers market.

Still, Prine manages to churn out an album that is, overall, something you can’t put down once you’ve picked it up. The guitar melodies that accompany Prine’s lyrics feel iconic without being distracting, and the decision to let Prine’s chewed-up voice echo through most tracks is a genius bit of production. Most of all, the fun and creativity Prine puts into his music, from the sly wordplay of his songwriting to the smile you can hear in his voice while he sings, make The Tree of Forgiveness as much of a joy to listen to as it seemed to be for Prine to make.

While many artists struggle to put out more than a couple of good albums over the course of their careers, Prine has proven that even after almost five decades, he’s still got the energy to create beautiful, meaningful music. While it has its occasional slips, The Tree of Forgiveness is an album that won’t and shouldn’t be forgotten anytime soon. It’s a beautiful, heartfelt, clever and all-around fun listen that wanders around with you long after you’ve finished with it. Simply put, it’s John Prine at his finest.