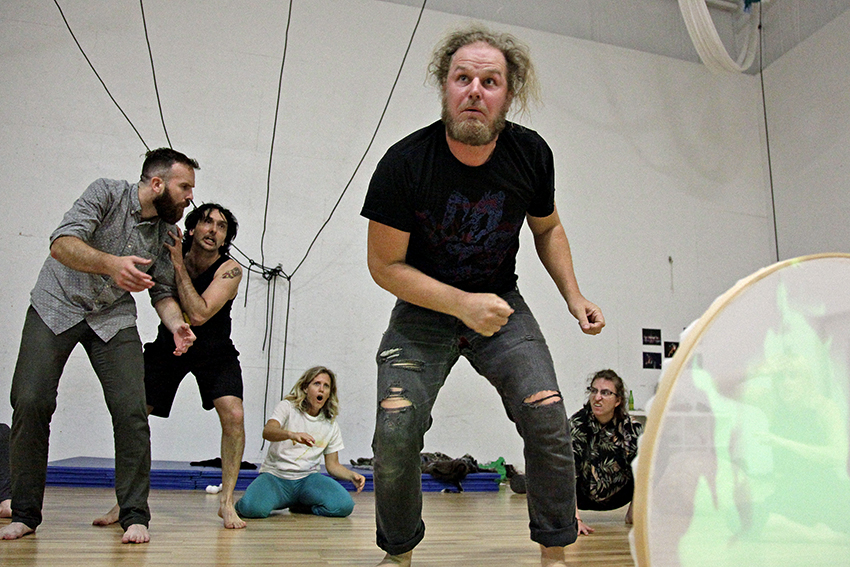 Through movies such as “Napoleon Dynamite,” pop culture tends to present interpretive dance as something to be laughed at.

Dance graduate student Lindsey Taylor embraces the humor but adds her background in classical styles in an attempt to reinvent the public perception of interpretive dance.

“A lot of people, when they hear the words ‘interpretive dance,’ they don’t take it seriously because no real dancer would ever use that term, but I do,” Taylor said. “I call it interpretive dance because that’s basically exactly what it is. I’m just interpreting the music.”

Taylor has been a part of Austin’s dance scene since graduation, choreographing original works and performing with various groups around the city. She’s performing in two shows at this year’s Fusebox Festival — an arts festival that runs from April 18 to 22 — with the band Total Unicorn and as part of a two-act narrative dance that she choreographed, called “Search for Flame/Jupiter.”

The original choreography was inspired by Taylor’s ballet training and love of remakes of classical music, and the storyline for her performance was inspired by the ‘80s film “Quest for Fire” and her interest in science fiction.

“I really have a soft spot for old narrative ballets like ‘Swan Lake,’” Taylor said. “I don’t see much storytelling like that or narratives in modern dance. I really just wanted to tell a story that I didn’t write — something that already existed in the world.”

Taylor is making all the costumes for her 10 performers by hand, and fellow Total Unicorn band member Stephen Fishman is creating the animations for “Search for Flame/Jupiter.”

One of her dancers, Wendy Rucci, said Taylor’s incorporation of a unique storyline really makes this show stand out.

“I’ve never done anything like this,” Rucci said. “It’s sort of like this in-between of dance and theater. Lindsey is so performative, so she’s been a great source of inspiration to take on these characters. It’s definitely different from other pieces I’ve done before.”

She said Taylor’s sense of humor is very prevalent in the piece, especially during “Search for Flame,” when the dancers play cavemen and are encouraged to act a little different from the norm.

“I feel really inspired to scratch my armpit and scratch my butt — ways I wouldn’t really act in a contemporary environment,” Rucci said. “There’s a lot of comedy and I don’t see that in dance very often, and when I do I don’t usually see it done very well.”

Taylor said while it isn’t too difficult for young dancers to get their start in Austin with shows like hers, it’s hard to pay the bills with just freelance dance gigs.

“There’s tons of opportunities for young dancers here, but there aren’t as many opportunities to be a full-time company-member here in Austin,” Taylor said. “It’s not really viable to only be a dancer. Everyone has to have other jobs too.”

Andrea Beckham, one of Taylor’s former dance professors, said she is impressed by Taylor’s originality and vision, and is excited to see her performance at Fusebox.

Taylor said anyone can enjoy her shows, and she aims to create a light-hearted and accessible experience.

“Expect to be entertained — that’s my main goal,” Taylor said. “It’s not that serious and it’s not that pretentious. I just want to entertain you.”