Buzz on Austin bees, how UT students can do their part in conservation 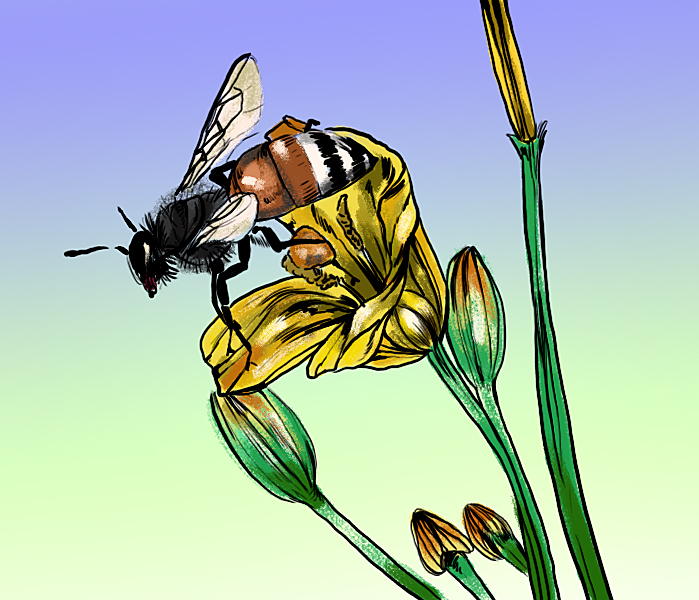 The hype surrounding the honey bee may have student beekeepers abuzz with conservation ideas, but this type of bee is not the only one which requires attention in Texas.

With a rise in temperature comes a rise in bee activity. While bee populations in Austin are generally better-off than bees in other urban areas, according to research from the Jha Lab, there are still ways for students to help ensure the longevity of these vital pollinators.

Bees are important to sustaining human life and are subject to scientific research. Kim Ballare, a graduate student in the College of Natural Sciences, has been researching native bees with the Jha lab. She said Austin is a particularly good urban area for bees, as much local landscaping incorporates native wildflowers and other flowering plants which bees can eat.

“Even in downtown Austin, as long as an area had enough habitat for these native species, the number of bees and number of species that were there, were similar to a more rural area or state park,” Ballare said. “I think we are unique in Austin, for how aware people are of planting native species, but I think other cities could reap those benefits as well, if we increase awareness of the necessity of native plants to bees.”

Richard Horak, cell and molecular biology and Plan II junior, is a member of the UT student beekeeping organization Beevo, who said there are many ways in which students can get involved, particularly if they have a green thumb.

“If you have a little planter or a balcony, planting native plants is one of the best ways to help,” Horak said. “Another way is if you are growing vegetables or other produce, you can sort of fence those in with native plants and that allows for greater pollination.”

Horak also said a messy yard, though an uncommon resource for students living in Austin, can be a boon to native Texas bee species which nest in the ground. Horak said native bees are responsible for the majority of pollination in the state, which is the greatest benefit the insects offer humankind.

“A lot of emphasis has been placed on honey bees,” Horak said. “However, honey bees are actually not the best pollinators, even as far as bees go. What does the majority of the pollination are native bees and solitary bees that don’t actually live in the hives you think of.”

Although Horak said some of the first steps to bee conservation include providing a food and water source as well as a habitat for nesting, there are ways students with limited yard space and higher balconies inaccessible to bees can become involved.

Local beekeeper Tara Chapman of Two Hives Honey in southeast Austin said awareness of the variety in local bee species and an avoidance of swatting at bees are a helpful step in the right direction, which can grow into an active cultivation of bees.

“What you can do that’s even easier than planting something in your backyard is supporting local, organic sustainable farmers,” Chapman said. “They are the ones that are doing the most, that are giving our bees good, clean food to eat and not using pesticides. Also, supporting your local beekeepers, because just as there’s big agriculture practices that generally don’t take into consideration ethical practices of the animal, or soil conservation, all of that stuff applies to beekeeping.”

Chapman added that if Austin residents should spot a swarm, it is important to remember they are mostly harmless and should either be left alone or a beekeeper should be called to collect them.