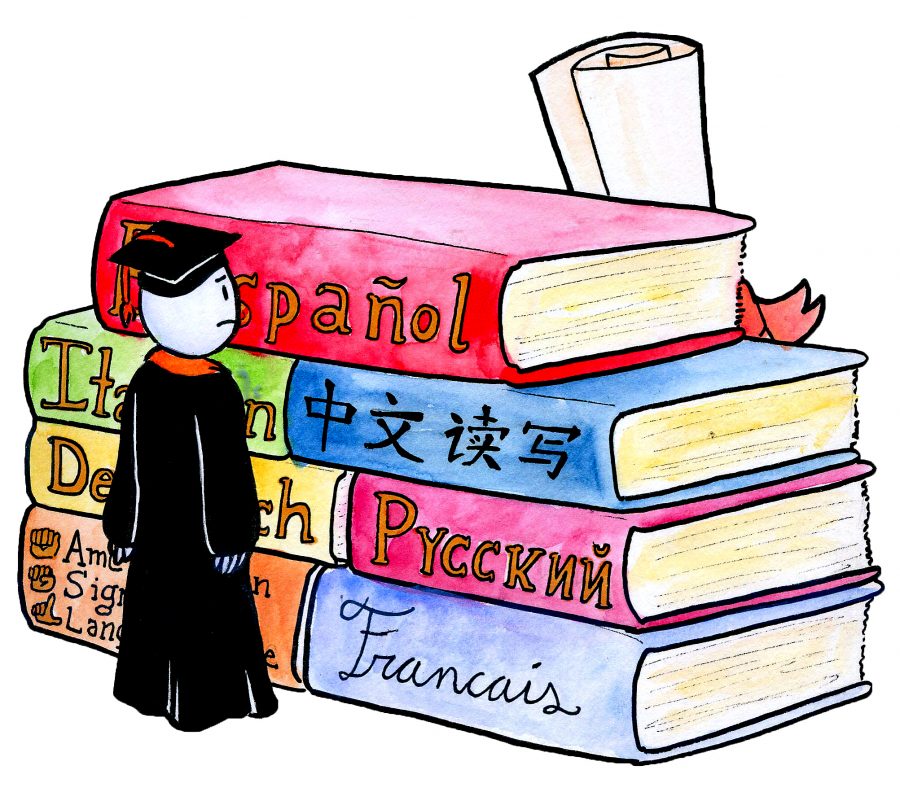 Foreign language requirements at UT are unpopular among some students, so the Moody College of Communication is modifying its requirements to address these concerns.

According to Kathleen Mabley, the director of marketing and communication for the Moody College, the 2018–2020 catalog will allow students to take a combination of foreign language and culture classes. The new catalog will affect new students coming to UT next fall.

“A student should have new and different perspectives,” Mabley said. “It is a very important part of being an excellent 21st century citizen.”

Students studying communication or liberal arts are required to prove intermediate proficiency in a foreign language, and most other colleges require at least two semesters of language. Some students said they are averse to the language curriculum, citing intense difficulty of the courses and sheer amount of time required to complete assignments and homework.

“It definitely brought down my GPA,” Amanda Booth, a 2017 graduate of the Moody College of Communication, said.

Booth said the language skills she learned have little bearing on her life after college.

“Of course I’m not using Danish in my personal or professional life,” Booth said. “I think the honest truth is that proficiency isn’t really marketable enough to sell.”

The difficulty and time intensity of language classes often push students to look for alternatives.

According to Mabley, 47 percent of graduates from 2013 to 2017 fulfilled their requirement by transferring credit from other institutions, primarily community colleges.

Sociology senior Lisa Sanders said the University should consider waiving the requirement in some cases, particularly for students returning to college after years away.

“The time you have to put into learning a language is more than most non-traditional students have,” Sanders said. “They expect us to finish in two years. That’s not really plausible.”

Research suggests difficulty learning foreign languages may stem from the way it is taught in American schools. According to a 2015 study by Pew Research Center, only 7 percent of bilingual Americans learned their second language in a classroom.

Katharine Nielson is the chief education officer at Voxy, a language-learning company based in New York City. In a 2014 Forbes article, she wrote educators spend too much time on grammar when they should encourage conversations.

“What (students) need instead is the chance to use language the way it was intended, as a tool for communication,” Nielson wrote.