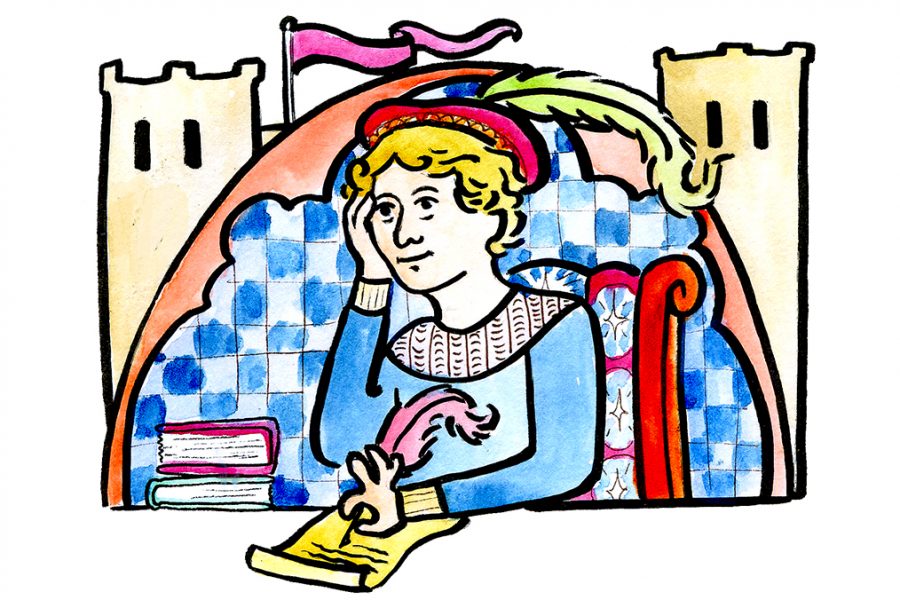 Students looking at next year’s course catalog for the College of Liberal Arts may be surprised to find a new undergraduate minor on the list — Medieval Studies.

This fall, the new Medieval Studies minor will be added to the list of the 41 current liberal arts undergraduate minors. The minor is composed of 15 hours and will include the study of the art, history and languages of the Middle Ages, which are all classes the college currently offers, said Elizabeth Scala, Medieval Studies program advisor.

“We’re trying to give the Middle Ages a better name by having people capitalize on their interests in the heroic narratives and the great fighting scenes that you get in films and shows,” Scala said. “But we’ll also be focusing on reading more deeply into medieval literature and learning.”

UT previously offered a graduate degree in Medieval Studies but canceled it because of a lack of qualified applicants. However, director of medieval studies Joan Holladay said professors and students still have a strong interest in medieval studies, because of shows like Game of Thrones.

“Through this minor, we hope people can understand a real historical approach to the Middle Ages and recognize that medieval studies can be serious scholarship,” Holladay said. “Lots of people are interested in history right now, so why not let them develop a concentration in an area that they might find particularly interesting?”

Scala said this minor will be particularly helpful for students outside the College of Liberal Arts and the College of Fine Arts, because they will be able to take the classes and have it on their transcript as something other than an elective.

“We have students who come to courses on the films depicting the Middle Ages and they really love them, but they’re majoring in something science-related,” Scala said. “So (the creation of this minor) seemed like a very smart thing to do for these students who could take this side interest and have it credentialed.”

Vocal performance senior Avery Yebernetsky, who has been interested in medieval studies since he was a child, said he is looking forward to expanding his knowledge in medievalism by pursuing this minor.

“I think it’s very important to study the medieval era and see not only where we have evolved from but also what we still have kept in our society, especially in terms of the aspects of medieval society,” Yebernetsky said.