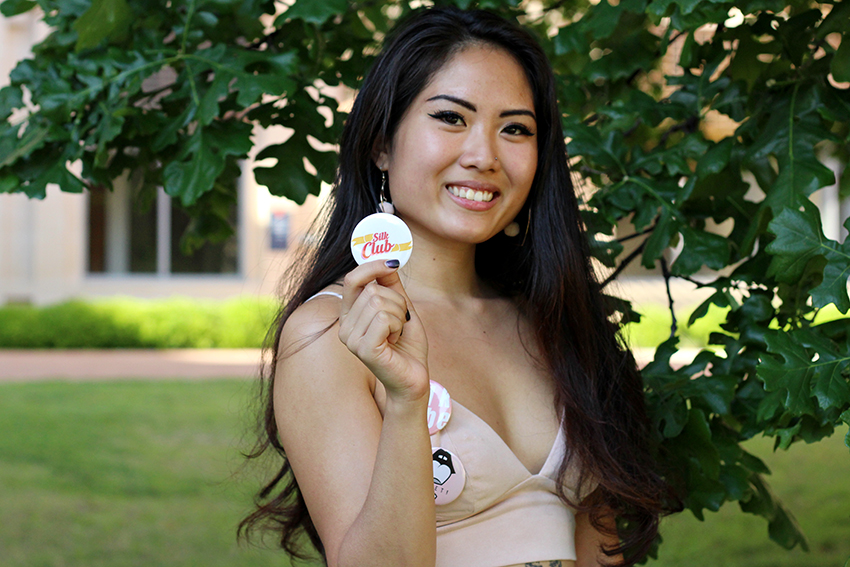 When one thinks of activism, a picture of people standing in the street holding signs is what probably comes to mind.  But where do artists, poets, photographers and writers fit into this picture?

Many young Asian-American women, trans women, nonbinary and femme creatives at UT have found their platform with Silk Club, a student group that allows them to share their experiences with race and identity. Although Silk Club currently has a Facebook page for members to post art, essays and poetry, the organization hopes to reach a wider audience with its first zine, QUIET!. The zine will be unveiled at the club’s release party on Saturday, April 21, at Cheer-up Charlie’s.

Journalism junior Kristina Nguyen said she formed the idea for Silk Club when she saw the need for a platform for Asian-American creatives in Austin last fall.

Ashley Yen, an urban studies junior events manager for Silk Club, said she got involved because she loved the opportunity to support a platform she sees as long overdue.

“The way Austin is, demographically, there aren’t as many Asians (as) in Houston or Dallas,” Yen said. “So to have a voice in Austin, even in Texas, is very powerful because there was a lack of a platform for Asian femme creatives.”

The name of the club’s zine, QUIET!, is based on the stereotype that Asian femmes are introverted. Nguyen said the zine is an attempt to comment on the given identity.

“There’s often a culture of silence that surrounds communities of color,” Nguyen said.  “QUIET! harkens back to that and is trying to empower folks to speak up on important issues and
their experiences.”

Nguyen and other members of Silk Club were inspired to create QUIET! after hearing of Gidra, a 1960s zine based on creative expression regarding social and political issues affecting the Asian-American community.

“A lot of people think zines go back to the ’90s feminist movement, but it goes further back than that,” Nguyen said.  “I think it’s cool that we’re actually blending these two activist traditions in this way.” Silk Club reached out to the Austin community for submissions to their first zine in mid-March and has since received more than 60 submissions.

Camille Park, an advertising senior and creative director for Silk Club, said she sees the positive response as a sign that Asian-Americans have stayed quiet for too long.

“People in our club came from those pressures of coming from immigrant families that have a lot of pride and value in the STEM fields,” Park said. “There wasn’t space for people like us in Austin who aren’t in those industries.”

Silk Club hopes to keep up its momentum and popularity in the future, and QUIET! is only the tip of the iceberg for the organization, as they hope to develop more creative projects and even start producing videos.

“I have gotten a lot of text messages from friends saying, ‘Thank you for creating this platform for us,’” Park said. “I just say, ‘You don’t have to thank me; it should’ve existed in the
first place.’”