‘A Higher Loyalty’ is loyal only to Comey himself 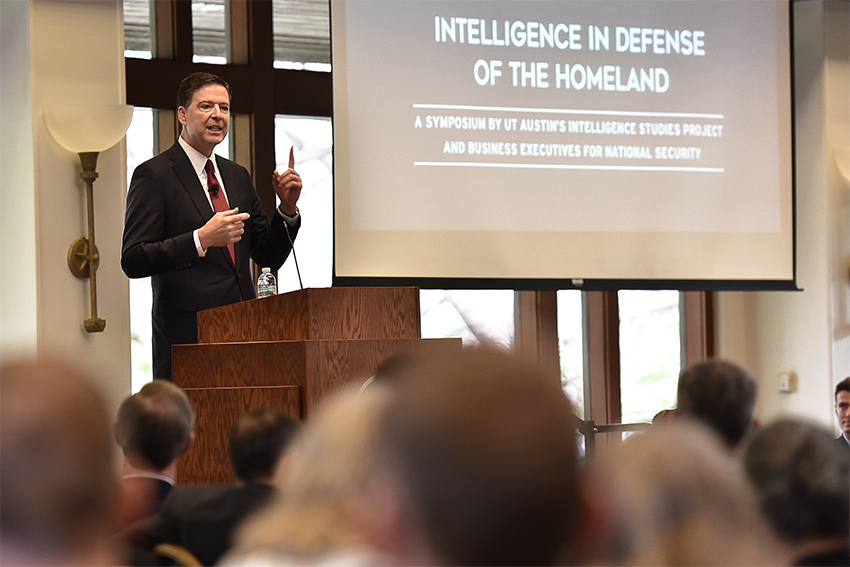 If you were expecting a dramatic look into Comey’s relationship with Trump, don’t hold your breath. “A Higher Loyalty” isn’t it.

James Comey, the now famously fired former director of the FBI, released his first book, “A Higher Loyalty: Truth, Lies, and Leadership,” last Tuesday. The book details some of the most pivotal moments in Comey’s career, from his time as U.S. Attorney for the Southern District of New York to his appointment as U.S. Deputy Attorney General under President George W. Bush and finally to his appointment as director of the FBI and his subsequent firing. Released nearly a year after his unexpected dismissal, James Comey’s “A Higher Loyalty” aims to tell his side of the story and instead falls flat.

Comey begins his tell-all not with the chaotic politics of 2016 but with a detailed description of his lifelong dedication to a moral standard. Comey’s biography, as it would better be described, only gets more all-American from there.

Reader beware — if you are looking for a thrilling dive into the world of the Trump White House, you will not find it in this book. Offered in lieu of such drama is Comey droning on for hundreds of pages about how he always does the right thing, no matter the situation.

Beginning with his childhood aspirations, Comey takes his reader through his arduous journey to politics, the long and quite arduous journey that has been his life, all the while hinting at what is to come.

The first glaring error in Comey’s book is that his main goal was transparency. While an honorable attempt, I have a hard time believing anyone can be completely transparent when writing about themselves with no one to keep them in check. Comey faced a lot of criticism in the past two years, especially after his decision to reopen the Clinton investigation. Everything he says feels laced with an attempt to sway the reader into believing he did the right thing in all situations.

In addition to his sea of double meanings, Comey has a tendency to include random, short and confusing stories he feels highlight his good personhood. The first of these stories is his childhood interaction with whom he truly believes to be the Ramsey Rapist. Without any evidence, proof or attempt at sexual assault, Comey decides that the man who broke into his childhood house to rob his family was, in fact, the infamous rapist. The oddness of the story could be put aside if Comey didn’t feel the need to bring it up so often. In context of the book, this specific story makes so little sense that it takes away from Comey’s credibility as a narrator.

Along with his strange little stories, Comey’s writing style is overly simplistic and boring. If Michael Wolff’s “Fire and Fury” is a cheap gossip magazine, “A Higher Loyalty” is the 50 cent mystery novel you buy at the corner store. Comey’s writing style lies somewhere between a high school essay and detective noir. Comey makes himself out to be a fallen hero throughout the entire book, pushing the dramatic levels of every situation. On top of that, Comey waits until the last half of the book to mention the investigation of Hillary Clinton’s private email server and his interactions with President Trump, the two main reasons most people will want to read “A Higher Loyalty.”

Comey’s “A Higher Loyalty” had so much potential, but ultimately fell flat on its face due to Comey’s own bias. His consistent desire to paint himself as a hero, free of criticism, prevents readers from taking any part of his story seriously.