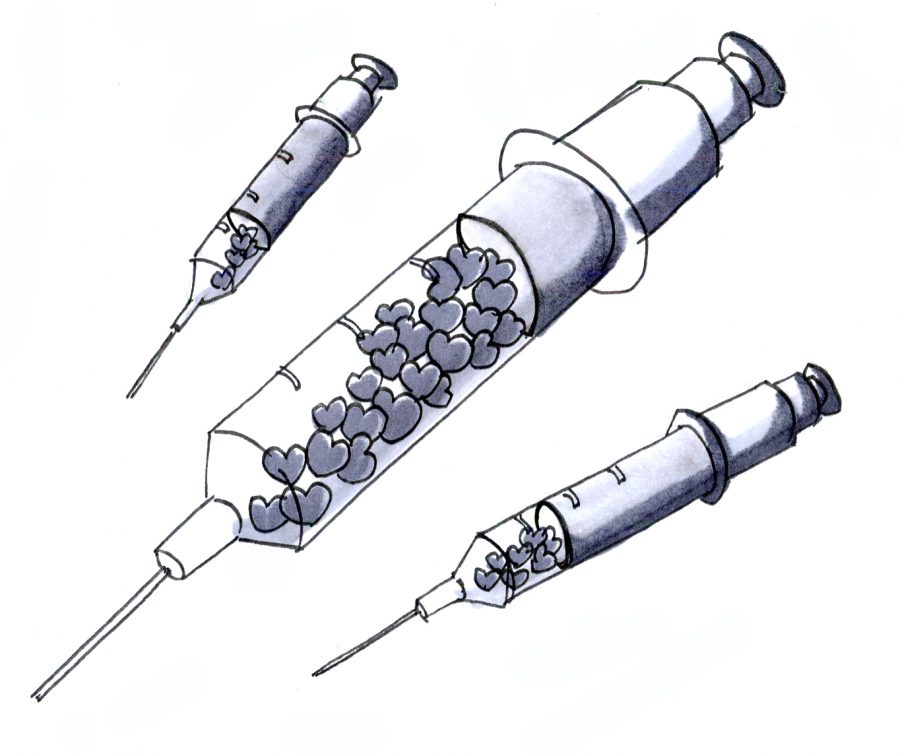 Although the opioid use in the United States continues to be ever-present issue, organizations such as the Austin Harm Reduction Coalition, also known as the AHRC, provide care and minimize the risks in order to the save the lives of those who use opioids.

Started in 1994, the Austin Harm Reduction Coalition acts as a source of support for those who inject drugs in the Austin community. Providing syringe access services and overdose antidotes to those in need, the organization began with an intention provide care free of stigma and minimize risks associated with drug use. Additionally, AHRC treats patients on-site for wounds and abscesses related to drug use.

Lauren, a Texas State student and former client of the AHRC, is currently in recovery. She said the friendly, nonjudgmental environment at AHRC is key for helping drug users and encouraged her to take steps towards sobriety.

“(AHRC) played a really big role in me getting clean,” Lauren said. “The judgment is what prevents people from getting sober. The AHRC is a place you feel like you can go back to. It doesn’t feel shameful.”

UT alumna Claire Zagorski is both a paramedic and volunteer at the AHRC. She said the stigma surrounding opioid use and addiction is ultimately unproductive, deterring users from
seeking help and leading to isolation.

“We have a lot of clients that are either homeless or struggle with homelessness and a lot of them have psychiatric diagnoses,” Zagorski said. “No one does well isolated from society.”

Steven Smith, a volunteer at the AHRC truck, said the dehumanization and lack of respect users are met with by healthcare professionals causes them to avoid seeking medical care.

“They will not go to the hospital under any circumstances, just because of the way they’re treated,” Smith said. “One client said to me, ‘I would rather have my f*cking arm fall off than go to the f*cking hospital,’ verbatim.”

Harm reduction practices don’t only benefit users — they benefit everyone. Zagorski said if used needles are disposed of properly at needle exchanges, that means they aren’t somewhere where they could potentially harm someone else.

According to Zagorski, HIV is not as much of an issue with needles lying around, since the virus dies after a relatively short period with exposure to air. However, Hepatitis-C can linger in needles for weeks or months, meaning harm reduction practices can pull down infection rates.

“You can’t help someone if they’re dead,” Little said.  “A couple of months ago, I overdosed and my friend found me on my floor with foam coming out of my mouth and he was able to revive me.”

Little, who is currently in recovery, said he had made friends with the people working at the AHRC and felt that the welcoming, nonjudgmental environment is what makes outreach effective. Lauren experienced the same.

“Claire (Zagorski) is an amazing person,” Lauren said. “If she hadn’t worked there, I’m not sure that I would be sober.”