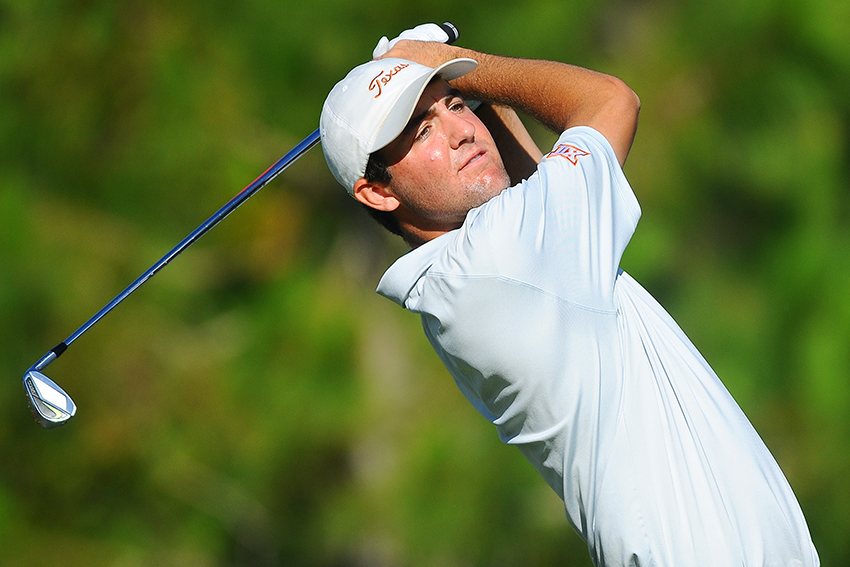 No. 18 Texas’ season has not been its usual smooth ride to the top of the collegiate golf world.

The Longhorns have slowly been building a foundation for more consistent play, but they could never find it for a full tournament during the season. Texas failed to win a single tournament this spring, despite consistently finishing in the top 10.

On Monday, Texas will travel to Southern Hills Country Club in Tulsa, Oklahoma, to defend its five consecutive Big 12 titles. Texas has not lost the Big 12 Championship since 2012.

In Texas’ last outing at the Western Intercollegiate Championship, it was lacking its star senior Doug Ghim, who was busy finishing as the Low Amateur in his Masters debut. Playing without a star like Ghim is sure to hold any team back a few shots, so his return should provide a strong spark for the Longhorns.

“What Ghim did at the Masters was simply amazing, and having all the other Longhorns out in the field really added to that,” Texas head coach John Fields said. “But there’s no question that Ghim being back in the lineup helps us even though the guys really performed well last week at Pasatiempo.”

With Ghim back, this will make the Big 12 Championship one of the few tournaments in which Texas has its full squad, which often loses players to PGA events or other individual tournament opportunities. It also doesn’t hurt that senior Scottie Scheffler previously won the Big 12 at Southern Hills Country Club as a freshman in 2015.

“We have a lot of desire and now for the first time we have some clarity,” Fields said, “I’m excited about that, and I’m excited about the fact that we’re going to a place, Southern Hills, where Scottie Scheffler won the Big 12 Championship as a freshman, which was really cool.”

Even though it does seem like Texas has a lot going for it at the moment, it will still be a much tougher task than in past seasons to win a championship over one of the strongest Big 12 fields in recent memory. Texas will need career-defining performances from every member of its squad to make a real run at the conference title.

“With teams like Oklahoma State ranked No.1, Oklahoma ranked No. 4, Baylor at No. 10, Texas Tech ranked at like No. 13-ish and us sitting at No. 18, you really need top performances from all your guys,” Fields said. “We’ll need Ghim, Scheffler, Soosman and Chervony to really play up to their potential and do what they can, but we’ll also need someone like Drew Jones to play lights out like he did at Pasatiempo.”

No. 5-seeded Texas tees off at Southern Hills Country Club with No. 6-seeded TCU on Monday at 8:45 a.m.