UT alumni, executive producer of ‘Get Out’ inspires radio-television-film students 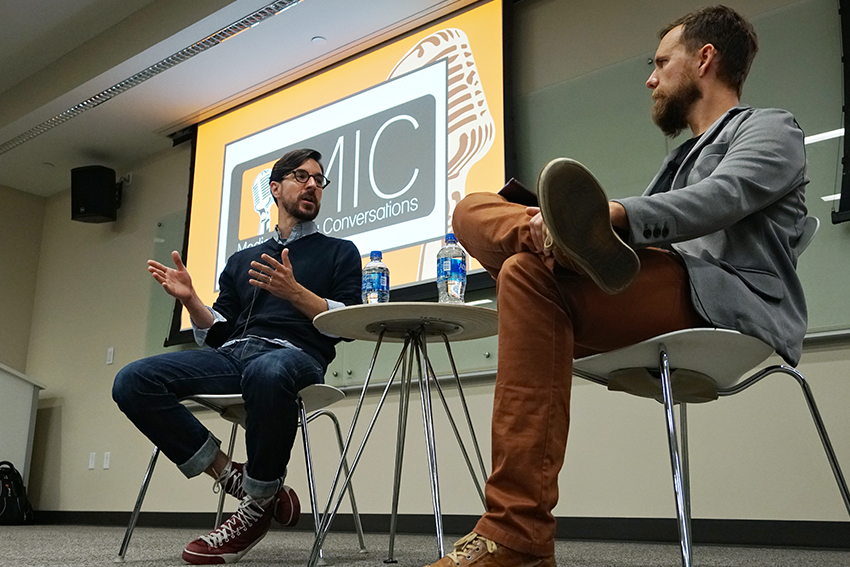 When nearly 70 people in a lecture hall on Monday were asked how many had seen the Academy Award-winning film “Get Out,” everyone in the room raised their hands. The film’s executive producer Raymond Mansfield paused, looked around and said, “Thank you.”

Mansfield visited the Belo Center for New Media on Monday afternoon as a part of the Media Industry Conversations program. Mansfield graduated from UT-Austin with a degree in radio-television-film in 2000 and currently lives in Los Angeles as a founding partner of QC Entertainment company.

Mansfield said his time at the Moody College of Communication sparked his interest in film production. He advised Moody College students to stay positive and be open to all opportunities because the film industry is expensive and full of expectations and large egos.

The program, organized by screenwriting professors Alisa Perren and Cynthia McCreery, gives RTF students an opportunity to see the diversity of career opportunities by engaging with Moody College alumni who are currently working in the film industry. McCreery said films like “Get Out,” which was produced for $4.5 million and grossed $250 million worldwide, prove that you don’t need a lot of money to produce a good film.

“Everybody has a different story of how they made it in the industry,” McCreery said. “Students get to see women and people of color in the industry, making Hollywood seem less far away. They also get to see people just like them, if they’re from a small town and their parents weren’t Steven Spielberg.”

Although unsure of what she wants to do in the future, Emma Rappold, radio-television-film sophomore, said she is interested in directing and listening to Mansfield helped her be realistic about her future career in the film industry.

“A lot of film students dream really big which isn’t necessarily bad,” Rappold said. “You don’t know how to manage dream versus expectation versus reality, because that’s a hard line to draw. Hearing from multiple people in the industry helps you figure out what success looks like.”