Alumna Kimberly Baker: ‘Immerse yourself in the culture’ 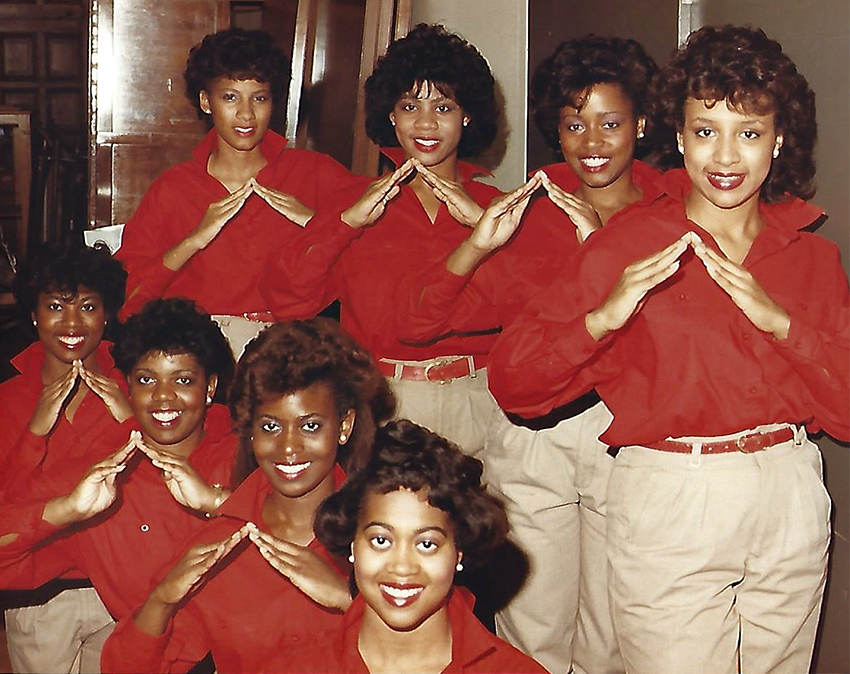 Like many journalism students, Kimberley Baker’s belief that “everybody has a story to tell” led her to reporting, but Baker’s perspective on the world set her apart from many of her colleagues.

“As a journalist, you have to report the news … but as a black journalist or a journalist of color, you know, we had a different take on it,” said Baker, a 1988 graduate of UT.

As a high school student, Baker wrote for her school’s newspaper and at her local community newspaper in Houston. Her passion for writing led her to pursue a journalism degree at UT, where Baker was part of UT’s first chapter of the National Association of Black Journalists.

Formed by Baker and other students, NABJ started as an informal group at UT and was advised by John Hanson, host and producer of the KUT radio series “In Black America.” That informal group then evolved into what is now NABJ.

Although UTNABJ was not an officially recognized organization while she was a student, Baker said Hanson still remained very active in the lives of the students by taking them to national conventions and teaching them about the field.

“(Hanson) thought it was really important to nurture us as young minority journalists,” Baker said.

Baker spent a lot of her time on campus involved in many organizations, such as the Communication Council and Delta Sigma Theta, a historically black sorority.

After her graduation, Baker became a professional journalist and eventually became involved in public relations and marketing. She has remained active in the Black Alumni Network, a part of the Texas Exes that focuses on encouraging enrollment of Black students and faculty at UT, and is currently serving as their membership chair.

“I think UT, as a first-rate institution, should represent the community that they serve … but also the nation, so there definitely should be more African-American students, and definitely more (African-American faculty,” Baker said. “We’re working with the Office of Admissions and the
Division of Diversity (and Community Engagement at the University) to help bring up those numbers.”

In addition to recruiting and working directly with the University, Baker said the Black Alumni Network has three endowed scholarships that it offers to prospective students each year.

Looking back at her time on campus as a student and alumna, Baker said her experiences at UT taught her how to turn negativity into learning opportunities.

“UT is like life; you’re going to have some negativity,” Baker said. “But you, as a person, have to say, ‘I’m a member of the human race, so if this person doesn’t like me because of my color, I can’t change that person — I can only change how I react to them,’ so I take the opportunity to educate whenever I can.”

Note: This article has been edited to correct the spelling of Kimberley. The Texan regrets this error.