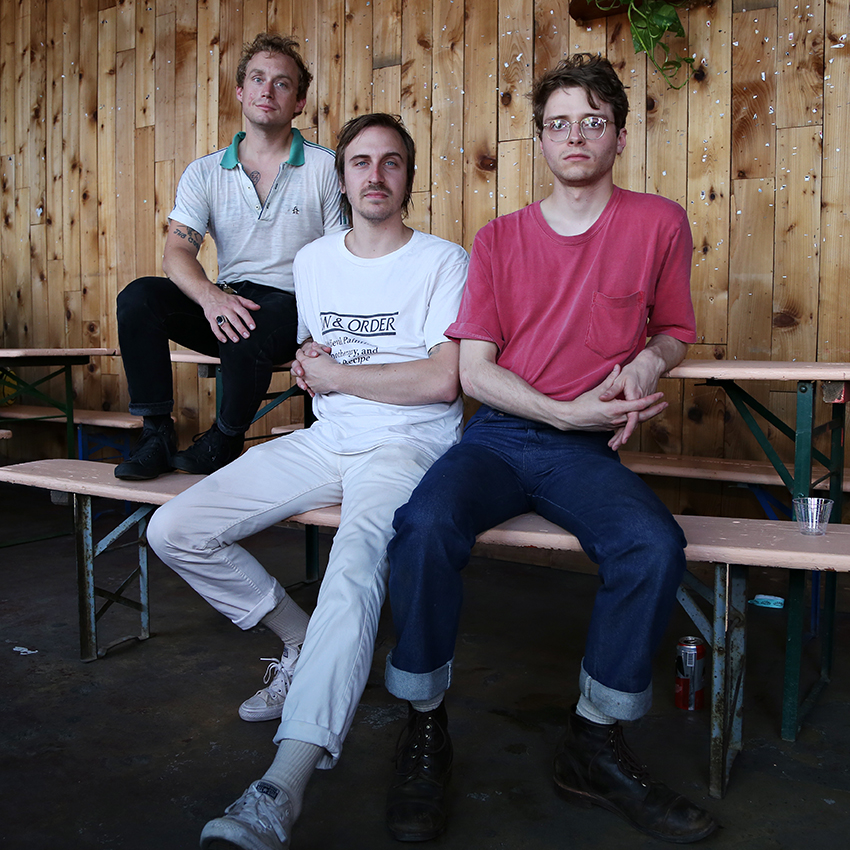 Perfectly controlled chaos is one way to describe the sound of Atlanta's post-punk trio Omni. Since the band’s 2016 debut with their LP “Deluxe,” the band has gained quite the momentum. The Daily Texan sat down with guitarist Frankie Broyles, bassist Philip Frobos and drummer Chris Yonkers after their Levitation set to talk about their tour and the release of their anticipated 7”.

The Daily Texan: Thanks for taking the time to chat, I know there's a lot of people trying to get your attention after a show. How do you guys feel about the set?

Frankie Broyles: It was fun. It's always weird to play in the daytime. It’s a different experience, but I like it more.

Chris Yonkers: Yeah, you don't have to try to not drink before you play. You can just play and enjoy the rest of your night.

Philip Frobos: Also, its just nice to be in Austin when it's not sxsw. We can kind of reax a little bit. Parking was a total disaster, you know.

DT: So this levitation show is just one of a long list of shows on your tour right?

FB: Yeah, we just have one more show on this thing, but we tour through the summer so it nice to have short trips before the very long one.

DT: You guys played some of your new singles, when can we expect the rest of the 7” to drop?

PF: Well we’re not really sure just yet, but I would say at some point this year it’s gonna come out. We just don't know,

DT: What is the release date depending on?

PF: Well, we can say that yet either.

DT: What can you say?

FB: That it will come out.

PF: I can tell you the song we played (during our set) is called “Delicacy.”

DT: What about the album as a whole, is there a different direction you guys plan on taking it?

FB: We’re still demoing stiff for the record and just trying to incorporate ideas that make us feel satisfied.

PF: Yeah it's all about still being excited about what were creating.

FB: But we’re definitely trying to do something different.

PF: Yeah, push it a little bit. But don’t worry, we’re not gonna come back as an alt-rock band!

CY: Actually yeah, none of us are gonna be in the band anymore.