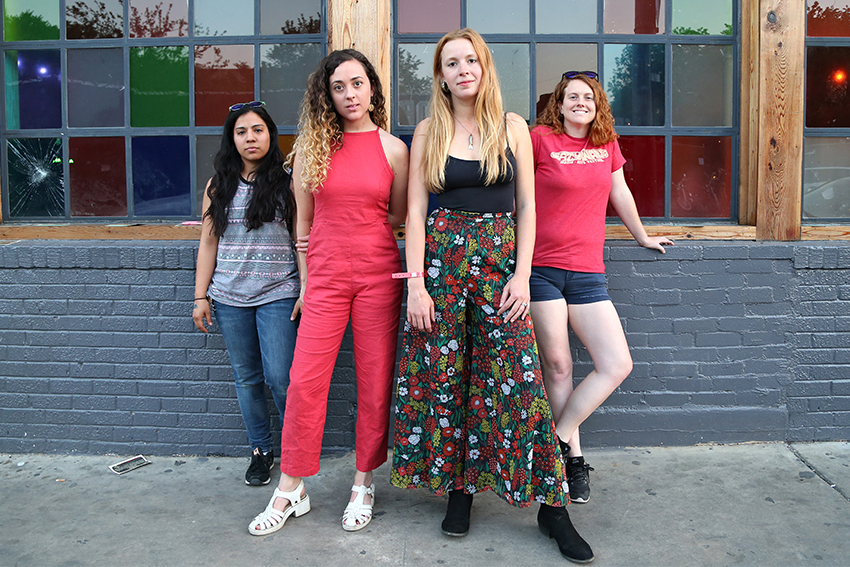 Known for being some of the biggest names out of Denton’s do-it-yourself music scene, the members of Pearl Earl have had quite a busy year. Following the release of their first self-titled LP by way of Fort Worth-based Dreamy Life Records, the band has spent much of its time touring the U.S., including a stop in Austin for Levitation over the weekend. The Daily Texan sat down with Ariel Hartley, Bailey K. Chapman, Stefanie Lazcano and Chelsey Danielle of Pearl Earl to see what’s next for the emerging group.

DT: How does it feel to be on the lineup for Levitation? This is your biggest festival so far, right?

BC: Yeah, and the most desired. We played South By (Southwest), which is a bigger festival, but this is the most exciting for us.

AH: Because I’ve been going to this festival for years, wishing that I could play, and now I finally get to play. So it’s one off the list.

DT: Right. So aside from touring, you’ve had a busy year — an EP release, a new member. Is there anything big planned for this year? Any new music?

CD: We do have two singles recorded. And after our tour this summer, we have a monthlong East Coast run. We’re gonna get back to the studio, hopefully, sometime in August.

SL: Yeah, we have a couple music videos coming out, too.

CD: Lots of things in the shoot ready to come out.

DT: Do you have a name for the upcoming album? For any tracks?

AH: I have all the tracks written out, but the (album) name is not. I don't name things until they're finished.

AH: Because we all have to hear it. Naming it — I’d rather have something create its own vibe before I slap a name on it, because that will be what it is. I don’t want it to have this precursor, because that’s limiting to me, I think. Songs are different, but an album is kind of like a baby. You let it be born before you name it.

DT: What kind of goals do you have for the band now?

AH: I think just to get that album out. To finish it.

CD: Trying to get booked internationally would be something that would be good. Levitation France, (for example). There's an Australian psych fest that we’re (interested in). We’re gonna get introduced to the person who puts that on while we’re here this weekend.