The Daily Texan • May 3, 2018 • https://thedailytexan.com/2018/05/03/great-barrier-reef-corals-may-survive-for-another-century-despite-rapid-climate-change/ 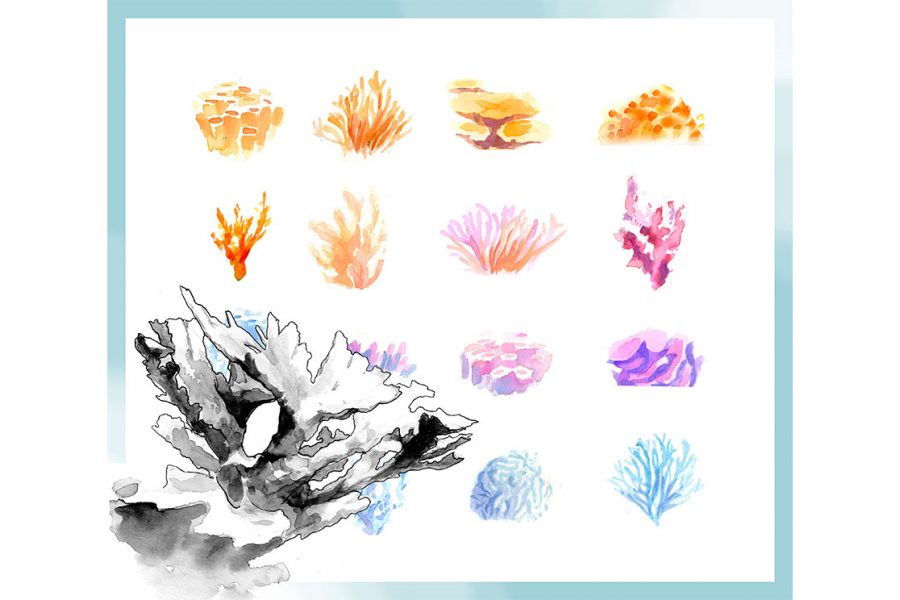 Great Barrier Reef corals may not be in as much danger as scientists originally predicted — at least for now — due to their genetic variation.

Although environmental pressures such as rising ocean temperatures threaten the corals with extinction, increased genetic variation provides more raw material for natural selection to act upon. Species that contain more variation are less likely to go extinct from selective pressures. This is because these groups contain more genes and traits that could potentially provide an advantage within the new — in this case, warmer — environment. As a result, more genetically diverse groups can adapt more quickly and are more resilient to environmental changes.

Integrative biology professor Mikhail Matz, lead author of the study, said that the significance of genetic diversity in both short-term and long-term evolution is sometimes not emphasized enough. Matz added that he is telling his evolution students about how genetic diversity can drive rapid adaptation.

“Even professional biologists outside the field of evolutionary biology are sometimes not aware of the possibility of rapid evolution based on existing genetic diversity,” he said. “This is simply not textbook stuff yet. Studies that present the most convincing evidence of such rapid evolution have been published only recently, based on the new sequencing technologies.”

Matz said the findings don’t necessarily suggest that the Great Barrier Reef is not in as much trouble as scientists originally predicted, comparing the situation to digging into one’s retirement savings to buy their next meal.

“This will save you from extinction for a short while, but what will you do then?” he said.

Consequently, he added that rapid evolution can be spurred by importing heat-tolerant genetic variants from locations where corals are already adapted to warmer conditions. Known as assisted migration, this strategy accelerates the natural adaptive process.

Matz is careful to make clear that the findings do not suggest the corals are not in danger. Rather, he said his investigation indicates that corals are more resilient than originally thought, meaning it’s not too late to reverse the role of climate change.

“To solve the problem in the long term, there is only one solution: Stop climate change by reducing carbon emissions,” he said. “These findings will buy us time to come to our senses and actually do something about climate change.”