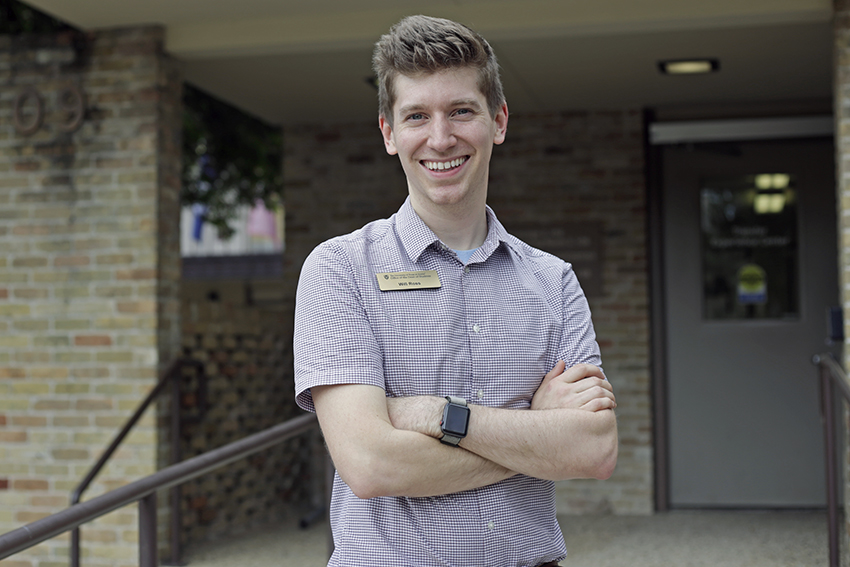 Brenna Fox said she knew she had to pick up a job her second semester if she wanted to eat.

Fox, human development and family studies junior, is like the other 25 percent of UT students who have dealt with food insecurity, according to research from the Counseling and Mental Health Center. Food insecurity is the lack of reliable access to affordable and nutritious food.

“I realized I didn’t have as much money as I thought I did, and I had to get a job,” Fox said. “I wish I didn’t have to worry about paying for food. I’ve been struggling with that a lot.”

This week, a new food pantry called UT Outpost opened in the UA9 building, located at 2609 University Avenue, to help students understand and identify food insecurity, and to make nutritious food readily available to students when they need it.

“We start out with the realization that one in four UT students has dealt with food insecurity in the last 30 days,” Ross said. “Starting there to make it more tangible. You’re not just a national statistic. You’re a UT student.”

All enrolled UT students are eligible for the program. Students fill out a food preference form, and volunteers compile one custom food package a month which contains multiple meals. Ross said they have been collecting donations since their soft opening in January and have received a lot of support from students, faculty and parents.

“The sustainability of this program is dependent on community contribution,” Ross said. “We’ve even had alumni come back and donating, giving back to the UT community so we can support our Longhorns.”

UT Outpost is run entirely off donations and also has a clothing section where students select used professional clothes for free.

Ross said they wanted to create a stigma-free environment for students.

“There’s a stigma sometimes with going to food pantries,” Ross said. “We really wanted to lower that stigma as much as possible, and the UT Outpost would be a cool place where you can go and get that support.”

Fox said it makes her happy to know there is an on-campus resource that provides food for struggling students, especially at the end of the year when people are running out of Dine In Dollars and money.

“The people who really can’t afford anything else are having to eat little to nothing or missing studying for finals to work to make money,” Fox said. “I’m personally not to the point to where I need it quite yet but I definitely know people on campus who are. That could help a lot of people out.”

Maddy Fisher, arts and entertainment technologies freshman, said during such a stressful time of the year, students should not have to worry about where their next meal is coming from.

“I feel like it’s just another stress if you have to worry about when you’re going to eat,” Fisher said.

Ross said he wants students to know food insecurity is a year-round problem.

“Students may experience emergencies at any point,” Ross said. “Maybe something unexpected happen that snowballs for a student and they experience a food insecurity, but we’re able to provide resources to close that gap.”

Correction: The original article said student had to purchase the professional outfits. The Texan regrets this error.