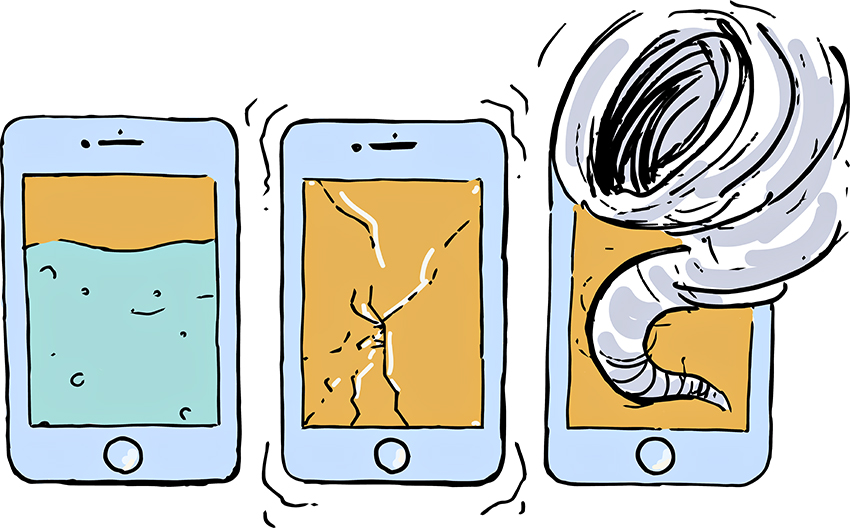 With frequent alerts about crime and serious weather, the University has never sent automatic messages about tornado warnings — until now.

The Office of Campus Safety, Office of Emergency Preparedness and University Incident Meteorologist Troy Kimmel have upgraded the weather messaging alert system on campus. The system will send the National Weather Service’s tornado warnings immediately to students, staff and faculty via text.

The last time a tornado warning was issued for the University area was October 2015, but because the tornado wasn’t heading toward campus, a message was not sent out.

“The new messaging system will now immediately alert everyone after a tornado warning has been issued for the campus area,” Kimmel said. “It will also include some of the first things to do to help protect yourself, like getting on the lowest floor possible and staying away from windows.”

Jonathan Robb, director of the Office of Emergency Preparedness, said along with the outdoor warning sirens around campus, the automatic weather alert system adds another way of informing everyone about weather emergencies on campus.

“We wanted to increase that communication to anybody that’s either outside or inside that can’t hear the warnings so they will know that they need to seek shelter,” Robb said. “It’s an additional system that allows to ensure everybody on campus is going to get the message.”

Kimmel said he is also developing an official Twitter account to provide images of the areas around campus that would be affected by a tornado warning.

“It’s very difficult to find a website now that gives warning information about where exactly a storm is going to affect,” Kimmel said. “With this new Twitter account, everyone on campus will be able to go to one place that gives them the information they need to have about where the storm is.”

Biology sophomore Iris Holman said she is less worried about tornadoes now after learning the University is making their severe weather notification system automatic because she knows she and everyone else on campus will have more time to get somewhere safe.

“It’s important for everyone to know (when a tornado warning is issued) so that they can quickly go to safety and not be somewhere where their life could be at risk,” Holman said. “When facing a tornado warning, every minute counts when trying to get to safety.”