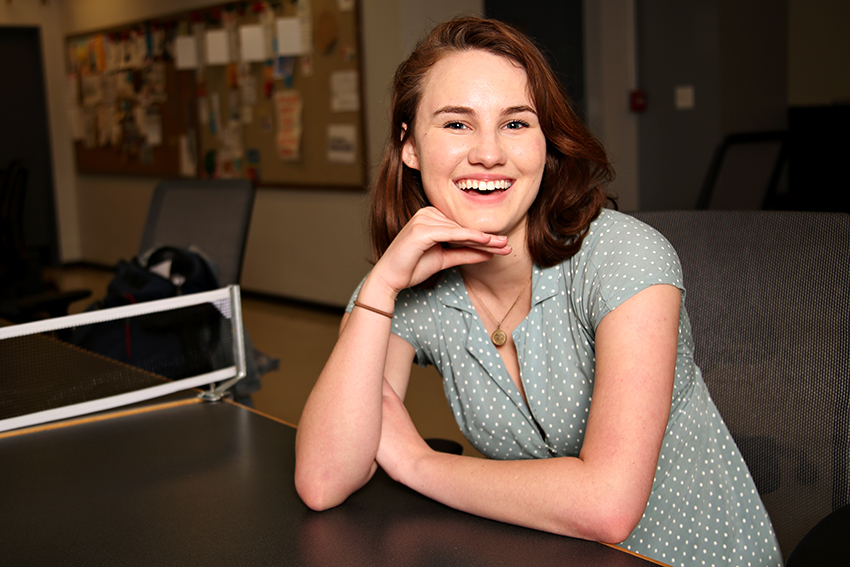 I didn’t really think I had that many strong opinions.

I didn’t know anything about ledes or AP style. When I tried out for the Opinion department at the end of sophomore year, I was just a confused economics major who wanted to write — and to do it in my own voice. I walked into the basement with three half-baked pitches on my laptop and, for some unknown reason, the editors picked one.

Then I just jumped — into interviewing and turning around stories with short deadlines and three hour edit sessions. I walked down to the windowless DT basement twice a week to work with Alexander and the other columnists, with all these people who thought and spoke with the clip of Aaron Sorkin characters.

I was surprised how quickly I fell in love with it.  I loved how busy and loud the basement was and how often it smelled like stale donuts. I loved working at a fast pace with smart people. And, surprising myself completely, I realized I loved a good argument.

One and a half years and 28 columns later, and I’m now an opinionated person with an annoying bug for journalism that I don’t think I’ll ever be able to kick.

I don’t know what happened.

But I want to thank all the people who have made my time here so great. Thanks to Alexander who hired me and who was willing to help me brainstorm jokes about net-neutrality.

Thanks to Janhavi and Caleb for being such great first editors — simultaneously skilled and kind. I looked forward to having my columns torn apart and put back together by both of you.

Thank you to all the current editors — Liza, Jaree, Cuillin, Josie — for inspiring me with your collective expertise, for removing “problematic” from my vocabulary and for cutting the adjectives from my clunky sentences.

Thanks to Laura (the superior one) for being a fantastic editor-in-chief with incisive edits and such great vision for the department.

I will miss this basement and the people in it very much.

Doan is an English and Plan II junior from Fort Worth. She is a senior columnist.