Connie Clark out as head coach of the softball program 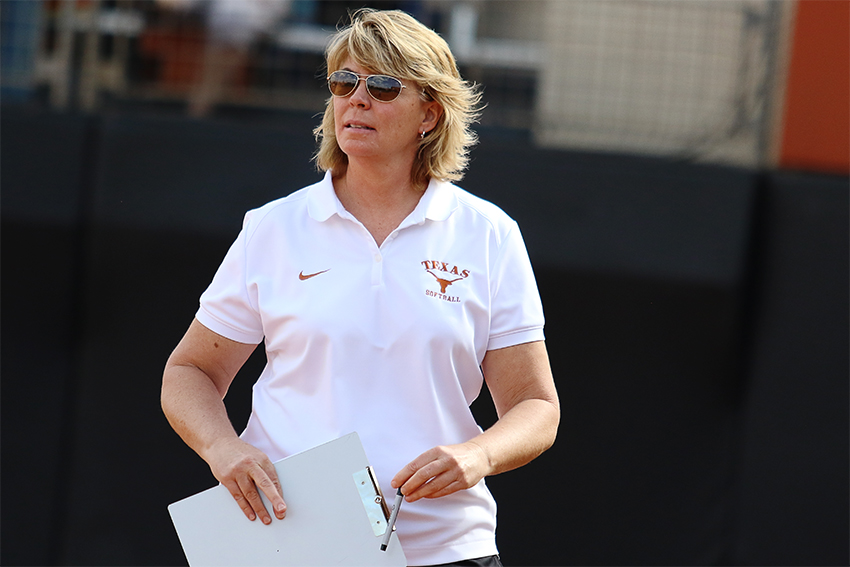 When UT’s softball program began in 1996, there was one woman at the head of the charge: Connie Clark.

In her first year at Texas, Clark led the softball team as a club sport before it transitioned into an NCAA varsity program.

Clark then led the Longhorn softball team for all 22 seasons of its existence. During that time, she racked up 19 30-win seasons and collected 873 wins against 401 losses.

“This decision comes with a great deal of emotion because it was such a blessing to be able to build this program from day one and to manage it for 23 years,” Clark said. “When I think back to all of the energy we’ve poured into this program, the many highs we’ve had and the lows we’ve grown from, it’s been truly special.”

While the team enjoyed early success under Clark’s watch, progress toward a national championship grew stagnant in the last several years, and Texas never finished higher than third in the six-team Big 12 in four of the past five years.

Additionally, the team has lost 15-straight matchups to the Oklahoma Sooners, a harsh blow to the fans every year.

However, players loved to play for Clark, as she could relate to them as a former national champion college softball player. The wisdom she imparted on the pitching staff, in particular, led to impressive performances from the pitchers in UT’s history, including Olympic-medalist and Texas legend Cat Osterman.

“For me, I think a lot of doors opened at a really young age because I chose to come here and go to Texas, and a really big part of going to Texas was because of coach Clark,” Osterman said. “I had a good relationship with her from the beginning, and I still do to this day. That’s not something every college athlete can say about the coach they get to play for.”

The next head coach of the Longhorns will have the good fortune of receiving a roster filled with young and developing talent. Despite losing ace pitcher Paige von Sprecken as a leaving senior, the roster will still feature slugger junior Taylor Ellsworth and junior pitcher Brooke Bolinger.

This is a team that was able to win a game in the NCAA tournament and that has the talent to win a few more in the near future. A young infield that features Freshman of the Year candidate Janae Jefferson and a talented core of athletes should continue the proud legacy that coach Clark is leaving.

“I’m extremely proud of all we’ve accomplished,” Clark said. “To the women who helped us from that first club season until now, I’m forever grateful to you and all you’ve done for the program. You, your families, all the staff — I’m so fortunate to have made a lifetime of friendships during my time at Texas.”