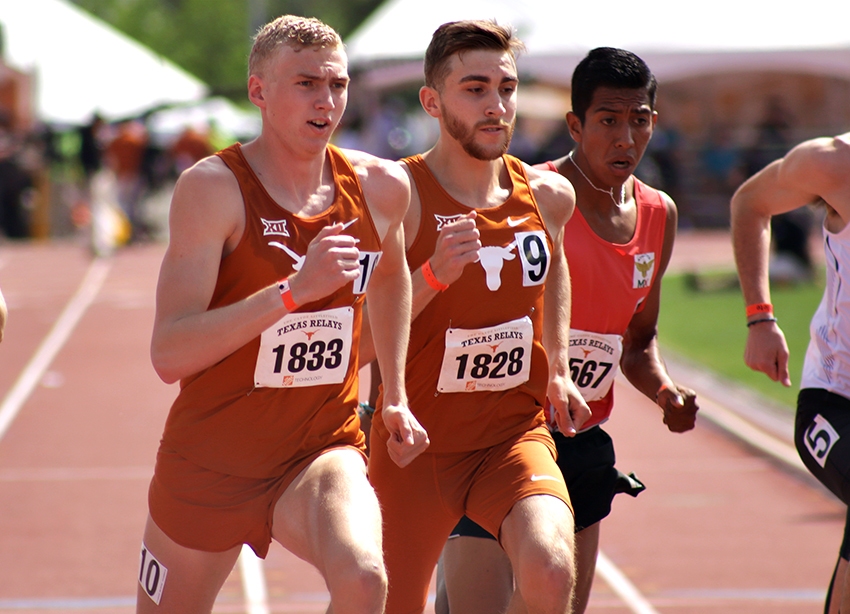 Most track athletes would be thrilled with the idea of capping off their first season as the fifth-best athlete in the nation. Freshman Sam Worley is not like most athletes.

In the finals on Friday, Worley earned fifth place and a podium finish in the 1500 meter event, a mark that no other Texas athlete had reached since former Olympian Leonel Manzano in 2008.

“It’s kind of bittersweet,” Worley said. “On one hand, I’m very thankful and grateful that I was able to podium in my first collegiate outdoor final, but on the other hand, I think if I would’ve just had a better race, better positioning, it could’ve been a much better outcome. I think I could have contended for that first spot, but you know, it’s a learning experience, and I’ve still got three years ahead of me.”

Worley has every reason in the world to sit back and be content with his phenomenal rookie season. Instead, the track star heads into the offseason with even greater expectations for himself and his team next season.

“I think it kind of … sets the bar high,” Worley said. “We had three guys make it (to finals) this year. We’ve already talked with coach (Brad) Herbster about how many more guys we’re going to bring back next year, not only the three we have returning, but I think we can easily bring another two, three guys from distance squad. I think we can get more guys into scoring position, more guys into the final. I think it’s only going to get better from here, so just to be a part of that is huge.”

As for Texas interim head coach Tonja Buford-Bailey, she expressed a bit more pleasure with the performances of Worley and many of the younger athletes this season.

“I’m really impressed with them,” Buford-Bailey said. “We have a lot of really young guys, and they really came through. They had their test I’d say, at the indoor national meet, Worley and Tripp Piperi, but then they came here and really put it out there, so I’m really proud of them. I think it’s going to be a great group next year.”