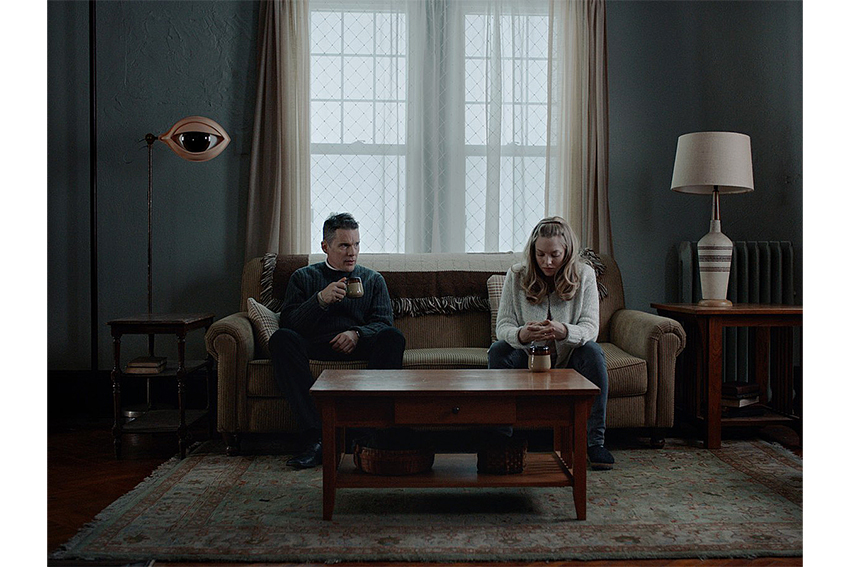 Paul Schrader is no stranger to darkness.

The prolific writer-director has more than 40 years of experience exploring the uncomfortable side of humanity, most notably in his screenplay for Martin Scorsese's “Taxi Driver.” Now, after all these years, Schrader comes full circle to tell a very different version of the same story.

“First Reformed” follows Reverend Toller (Ethan Hawke), a former military officer who took the cloth after the death of his son in Iraq. He takes up his position at the titular First Reformed, a rinky-dink chapel with a claim to fame in is its alleged status as a stop on the Underground Railroad. When Toller is called upon by a young member of his congregation (Amanda Seyfried) to talk to her husband, Michael (Philip Ettinger), an environmental activist who recently got out of prison for nonviolent protest, the two have a discussion that leaves Toller in a state of existential crisis.

This conversation plants the seeds for an unspeakable tragedy that opens Toller’s eyes to the evils of the world around him. His faith in God is unshaken, but his faith in humanity is gone, leading to an attempt by Toller to find salvation in a glorious act of violence.

Schrader’s film is a difficult one to discuss. Whereas most films derive thrills from action or complex plotlines, “First Reformed” is purely concerned with conversation — conversation about faith, existence and what humanity is doing to this planet.

Ethan Hawke gives a career-best performance as Toller, a man who is subtly falling apart in front of our very eyes. Likewise, Seyfried, Ettinger and Cedric the Entertainer are all in top form here. They’re not so much acting as channeling real people.

A lot of this is the result of some masterful writing and direction. Schrader presents everything with an air of stillness, allowing scenes to play out in an objective manner that almost feels like spying on the characters. This stillness, which can be credited to director of photography Alexander Dynan, creates a constant air of unease.

The dialogue, on the other hand, is downright operatic. The aforementioned conversation between Toller and Michael, despite being two men sitting in a room talking about climate change, is so confident, so purposeful in its execution that it transports the audience directly into the room with them.

Every interaction is another step toward Toller falling into full-on insanity. Although it may not technically be considered a horror film, the dread this film creates is so heavy it might as well be.

Then, the film takes a turn that changes “First Reformed” from a great film into an outright masterpiece. Saying too much would spoil the surprise of seeing it unfold, but a late-in-the-game meeting between Seyfried’s character and Toller breaks the established stillness of the first two-thirds in a way that’s utterly exhilarating. From then on, the film becomes a morbid spiral that, like Toller himself, constantly drifts between reality and a surreal nightmare.

By the time the film ends, the audience is left breathless, with every question under the Sun imaginable. Were Toller’s actions righteous? Is the damage done to Earth irreversible? Can we ever atone for what we’ve done? The film leaves these questions in the mind of the viewer.

Schrader has crafted something truly special here. Few films have inspired such a rich internal dialogue that’s persisted ever since I left the theater. “First Reformed” is a challenging film, but it also might be an American masterpiece.