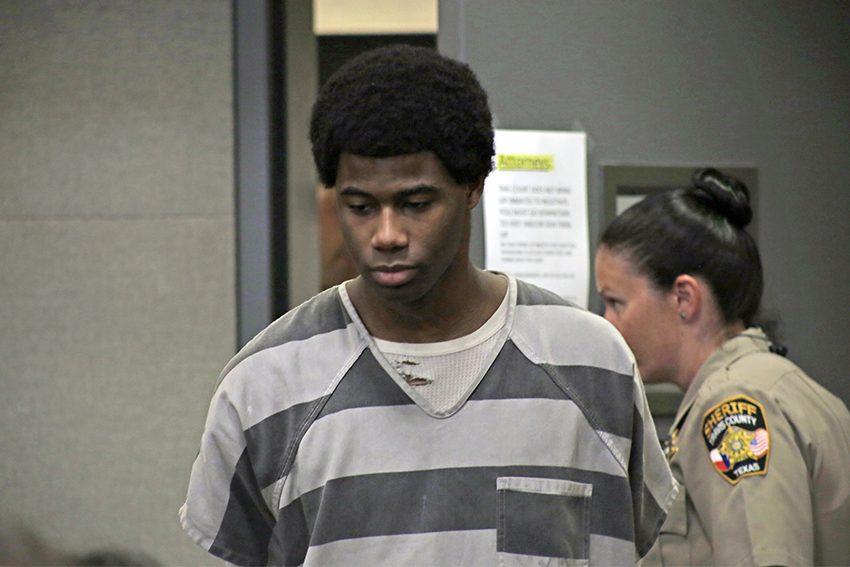 During a pre-trial hearing on Monday, attorneys discussed DNA testing in the murder case of dance freshman Haruka Weiser.

In the 167th District Court of Judge David Wahlberg, lawyers for the prosecution argued for the admittance of DNA evidence analyzed by the Department of Public Safety. Lawyers for defendant Meechaiel Criner, who was indicted on capital murder charges for Wesier’s death in 2016, argued that the results of the DNA analysis should be tossed out because the procedures used to test the DNA were flawed.

The DNA mixture testing software, STRmix, used to test the DNA evidence gives a different type of statistic than other DNA testing softwares also used in a
typical courtroom.

In his opening statement, Criner’s defense attorney Ariel Payan said STRmix’s results should not be used, because its results are too complex for a jury to understand. Instead of the typical practice of giving the probability of a suspect’s DNA being in an evidence profile, the STRmix software uses likelihood ratios to compare two scenarios to determine whether a particular DNA genotype is in the evidence profile, Payan said.

“Juries are not going to be able to understand this,” Payan said. “The likelihood ratio, which is the basis of these mathematics, is extremely different than programs seen in the past. It is the antithesis of our court system which protects the people who are accused.”

Chase Baumgartner, one of two lead forensic scientists for a DPS Austin crime laboratory, testified for the prosecution about the DNA interpretation software.

“STRmix has about 20 articles supporting it, published in various scientific journals,” Baumgartner said. “STRmix is currently used in dozens of counties in Texas as well as (in) the Federal Bureau of Investigation and the U.S. Army.”

Jody Koehler, former DNA section manager at the laboratory, testified about the multiple DNA lab reports in the Criner case.

A second pre-trial hearing date is set for June 19 to further discuss the evidence. More experts are expected to testify in court about DNA testing.

Criner’s indictment accused Criner of multiple charges, including sexual assault, attempted kidnapping and robbery. If convicted of capital murder, Criner could face life in prison with the possibility of parole in 40 years. Criner, who is now 19, is not eligible for the death penalty because he was under the age of 18 at the time of Weiser’s death.

Criner’s trial is set to begin July 9 and is expected to last two weeks.