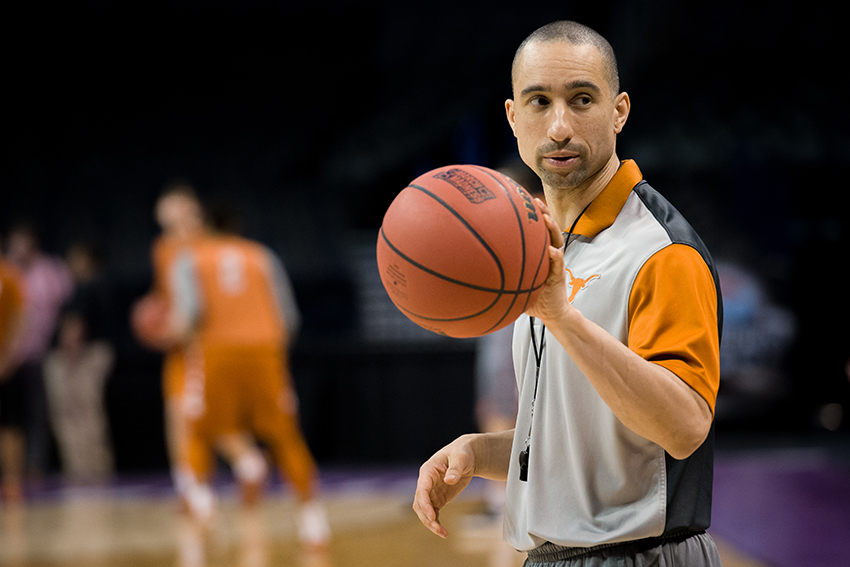 Three hundred and ninety-eight days ago, a 7-foot center from Harlem, New York, signed his letter of commitment to the University of Texas.

One of the most spotlighted prospects in the country, high school phenom Mo Bamba chose third-year head coach Shaka Smart’s Longhorns over Duke, Michigan and Kentucky, three of the most prestigious programs in the country, each with coaches who have assured their place in the Naismith Memorial Basketball Hall of Fame.

With his signature, Bamba brought the national spotlight back to a floundering Texas basketball program and brought ease to a coach considered to be on the hot seat.

Now, Bamba has left Texas after one year and is preparing for the 2018 NBA draft, just hours away.

“Whoever gets him is going to get a phenomenal person,” Smart said. “I can’t really think of anyone that I’ve been around that has more potential than him. His work ethic has been phenomenal in this pre-draft process.”

Mo Bamba was the No. 3 overall prospect of the 2017 recruiting class and was an expected one-and-done at Texas coming into this season.

Smart offered high praise for Bamba in his year at Texas and complimented his coachability. Bamba is the second one-and-done player Smart has coached since arriving at Texas in 2015.

“When you have a guy who’s going to be there for one year, you’re in a race against time. You don’t have the opportunity to do this slow, gradual climb,” Smart said.

With Bamba about to begin his NBA career, Smart will be looking to fill the 7-foot hole he’s leaving on the court.

Smart additionally gave insight on the coming season and his expectations, noting the progress of Andrew Jones’ battle with leukemia and alluding to the team’s offseason improvements.

“(Matt) Coleman and (Kerwin) Roach have been really good,” Smart said. “(Roach) is taking another step with his shooting and Matt’s done a really good job as a leader.”

The junior guard Roach shot 36 percent from the 3-point line this past season, an improvement of 8 percentage points from his sophomore year. With the absence of Bamba, Smart implied he would look to now veteran guards Roach and Coleman for leadership this coming season.

Texas hoisted a 19–15 record this past season, finishing with under 20 wins for the second consecutive year at Texas. Smart now owns a 50–50 record as the Longhorns head coach.

Texas finished with five losses of six points or fewer in Big 12 play (three to top 10 opponents), finishing with an 8–10 conference record.

Smart’s offseason training includes focusing his players on “the low-hanging fruit,” the ability to respond under pressure and close out games, with particular emphasis on free-throw and three-point shooting.