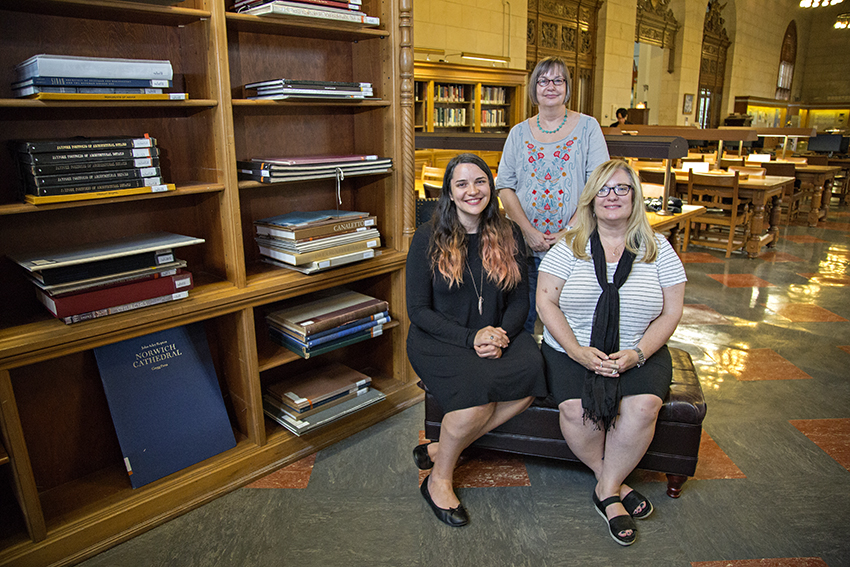 A new database is out to rewrite the stereotype of who can be a history expert.

Karin Wulf, a professor of history at the College of William & Mary, met up with co-founders Emily Prifogle and Keisha Blain over a year ago and began work on what would become the Women Also Know History database. The database, inspired by the political science expert website Women Also Know Stuff, lists female-identifying historians across the country.

“It is true that the dominant image of historical expertise is still male and white and older,” Wulf said. “Expertise is not a typology. It’s incredibly important to provide an outlet for expressing the many, many ways that expertise is embodied.”

Since launching on June 5, there have been more than 2,300 women with various historical backgrounds added to the database — including UT affiliates.

“In teaching evaluations, in conference panels … it can be kind of overwhelming the kind of ways women experience explicit and implicit gender bias,” said Prifogle, a graduate student at Princeton. “We’re trying to change that by altering the look and sound of historical expertise.”

When Kathy Fuller-Seeley, a radio-television-film professor and media history specialist, saw a Twitter thread a few months ago about the database, she jumped at the opportunity to get involved.

Fuller-Seeley said she has at times felt outnumbered in her field, such as at her first job teaching history at a university in 1994, where she was one of two women on a faculty of 18 people. While she has seen progress for women in historical fields, Fuller-Seeley said women could still be better recognized as history experts.

“As much as the world is getting better … some of those older attitudes have not yet gone away,” Fuller-Seeley said. “There are still things happening like prominent panels at conferences that feature, still, all white men.”

Last March, a panel during a history conference at Stanford University featured 30 white males and came under fire for its lack of diversity. The occurrence of all-male panels — which have been dubbed “manels” —  is something the website aims to lessen, said Prifogle.

In addition to being a resource for journalists and panel organizers, the database has also been helpful to scholars such as Charlotte Canning, theater and dance professor, who uses it to find other women in historical fields.

“Scrolling through that list and seeing all those amazing scholars was really, really fun,” said Canning, who specializes in theater history. “I saw some names that I didn’t know and looked up their work.”

Architecture graduate student Kathleen Conti, who is studying historic preservation, said she hopes that adding her name to the database will help her connect with more people interested in her field, not only to help them, but to better her own work as well.

“I hope it will help break down certain barriers that (say) people in academics aren’t accessible,” Conti said. “As a public historian, that’s the most important part of my job — not just doing research and publishing it and hoping people read it, but actually connecting with the community and having the research and the work that I do be beneficial.”